The Speech and Debate Team kicked off their 2019-2020 season last semester with a tournament at San Diego State University over the Nov. 5-6 weekend. Since it was early in the competition year, the small but mighty team of 5 members worked hard to prepare their events for competition. They made Mesa proud by winning 3rd place in Individual Events sweepstakes in the Community College Division.

Just two weeks later, the team was off to a tournament at Grossmont College over the Nov. 23-24 weekend. With a growing team, Mesa students competed against teams from California to Utah and Texas, and won 3rd place sweepstakes. Many team members had the opportunityto participate in their first ever tournament and ultimately helped the team win top honors across all divisions of debate.

The last tournaments of the fall occurred over the Dec. 7-8 weekend, with one team competing on the West Coast at the PSCFA Fall Championships in Moorpark, and the other traveling to Long Island, New York to the Nassau/Hofstra “Off Broadway Swing.” The New York team participated in two separate tournaments that weekend, which included 3 different types of debate and 14 different individual events. Mesa College won 3rd place overall for community colleges at Nassau, and 2nd place Overall sweepstakes (among both 2- and 4-year schools), 1st place sweepstakes for Debate, and 1st place in the Community College Division at the Hofstra University Swing.

Mesa’s Speech and Debate team is poised to continue their path of strong wins into the spring semester. They already competed at the Cerritos College tournament last weekend, and came home with a 1st place sweepstakes trophy. The team will be competing in the PSCFA Spring Championships, Pi Kappa Delta National Championships at San Diego State University, and Phi Rho Pi Nationals in New Mexico later this month. They will wrap up the season with the PSCFA Cool-off tournament in late April followed by their annual Showcase. Mesa’s Speech and Debate Team has set a precedent for success, and we wish them well as they continue their winning streak on a national level. 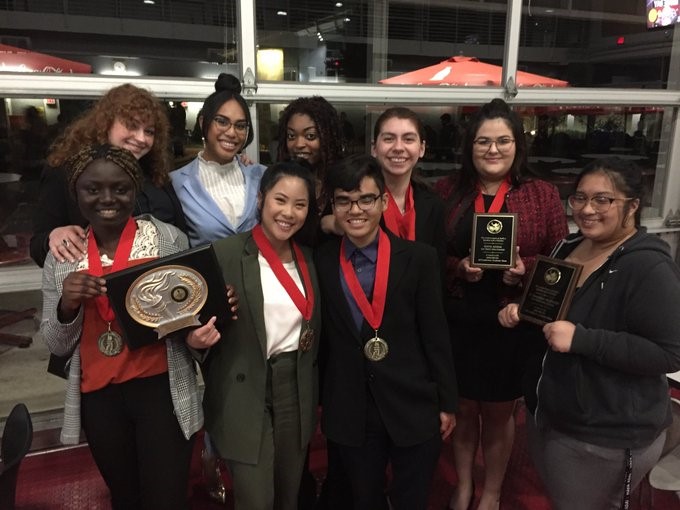 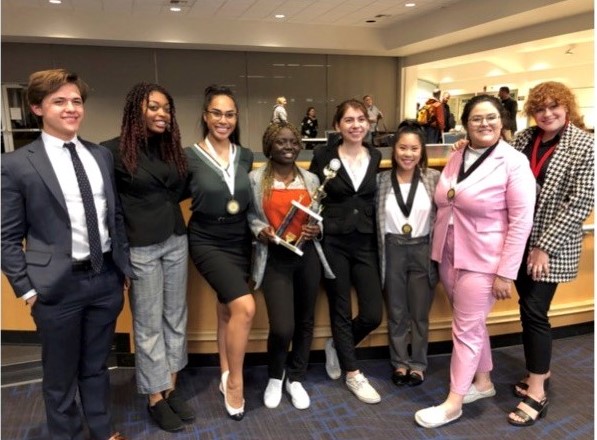