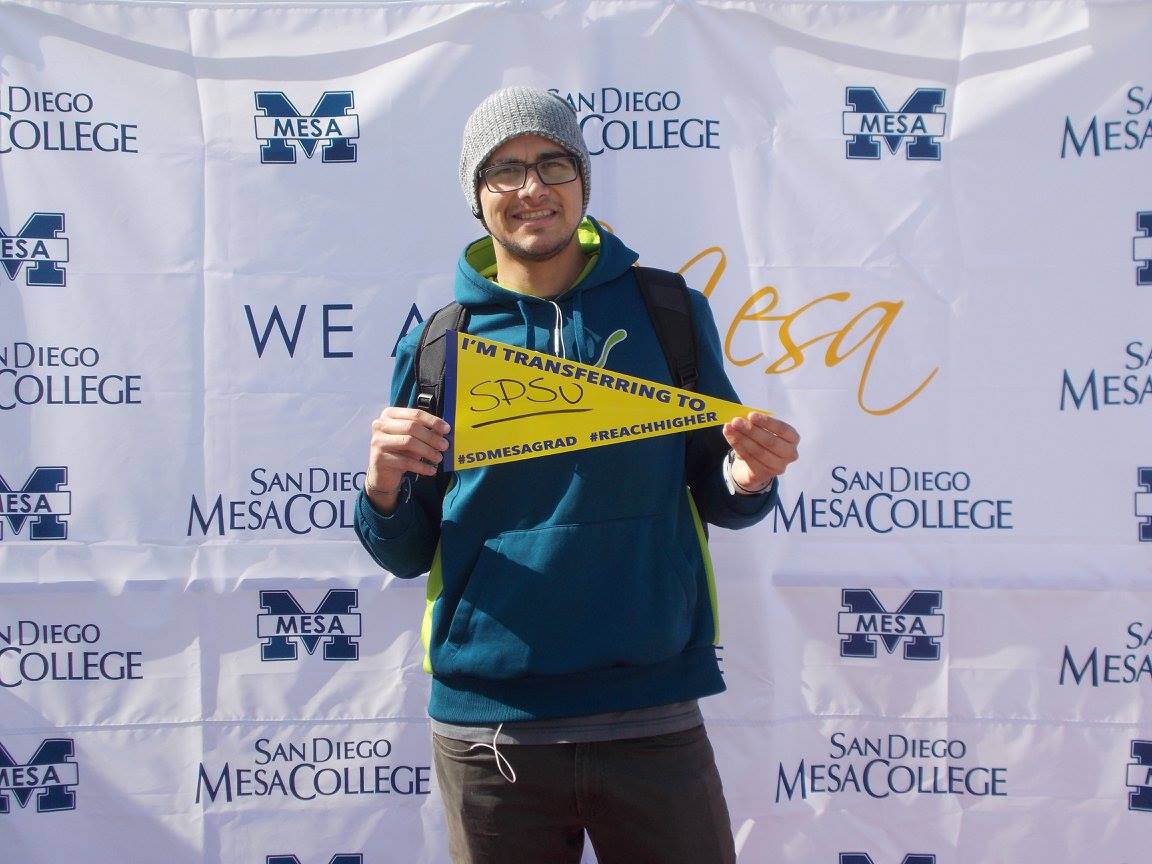 (San Diego, Calif) -- San Diego Mesa College ranks top of the California community colleges and California State Universities honored as a “Champion for Excellence in Transfer” for 2016 by the Campaign for College Opportunity.  These ten California Community Colleges are producing the largest number of students earning an Associate Degree for Transfer (ADT) and have demonstrated significant growth in ADT production year over year.

June 2nd in Sacramento, Secretary of State Alex Padilla, Civil Rights Leader Dolores Huerta, and the Board of the Campaign for College Opportunity along with the California Business Roundtable will honor all 13 California community colleges and three CSU campuses who have significantly increased the number of students earning an Associate Degree for Transfer, transferring to a CSU as a junior, and earning a bachelor's degree. Claudia Estrada, who directs Mesa’s career and transfer program, will receive the award on behalf of Mesa College.

“It’s an honor to be recognized for our efforts to increase transfer pathways and degree completion,” noted Dr. Pamela T. Luster, president. “This reflects the effort and dedication of faculty and staff in both our student services and instructional divisions, and underscores our efforts to be the leading college of equity and excellence.”

Mesa conferred 691 Associate Degrees for Transfer in 2014-15, ranking it first among the 113 California Community Colleges in terms of ADT production. Mesa College grew ADT production by 367 degrees from the 2013-14 academic year, a 113% increase and the largest numeric increase of all community colleges in the state. In 2014-15, Mesa transferred 681 students to the California State University system.

California's Associate Degree for Transfer (ADT) program, established by the  STAR Act in 2010, cuts through redundant requirements that created unnecessary hurdles for students seeking to transfer from a California Community College to a California State University (CSU) campus.