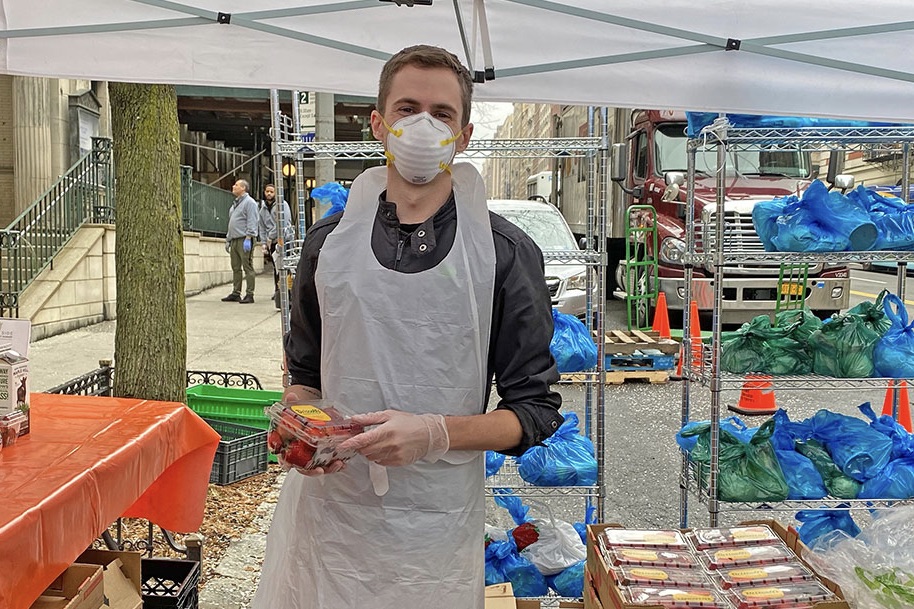 When the COVID-19 pandemic forced the San Diego Community College District to transition to online and distance learning, Mesa College journalism student Lance Nelson saw an opportunity to make a difference. He sold virtually all his possessions and flew to New York — the epicenter of the nation’s coronavirus outbreak — where he has been volunteering since April 1 with food banks and pantries that feed struggling residents.

“Every person I meet tells me the same thing: ‘You picked a weird time to move to New York,’” Nelson said.

Giving back isn’t anything new; Nelson has volunteered with the San Diego Food Bank and other nonprofits during the two years he has attended Mesa College, where he also worked as Co-Editor-in-Chief for the Mesa Press student-run newspaper. 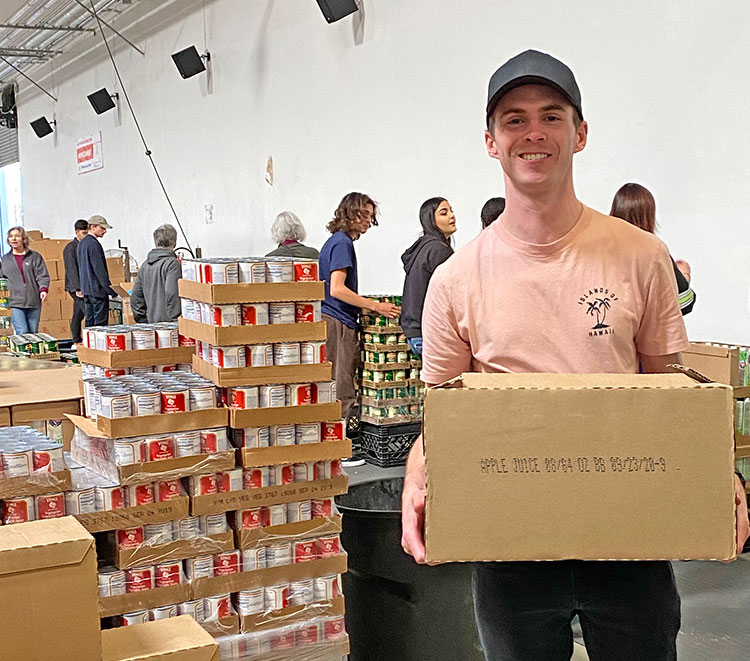 “It just seemed like the right thing to do,” he said about volunteering in New York City. Almost as soon as Nelson arrived, he signed up with New York Cares, the largest volunteer network in the city.

“It’s been surreal,” said Nelson, who is staying near Greenwich Village at the apartment of a friend who left for upstate New York to escape a city where nearly a thousand residents were dying daily and tens of thousands more were being diagnosed with the disease at the peak of the pandemic. “The subways are deserted. Everyone is wearing a mask. You’re providing meals and groceries to people who have lost their job, who have lost a friend, who have lost a relative, and they’re just so grateful for what you’re doing.”

Nelson’s decision to volunteer in New York doesn’t surprise those who know him.

“His leadership qualities are amazing and to see the confidence he has gained has been truly remarkable,” Mesa College Journalism Professor Janna Braun said. “He’s just a nice person to be around, the type of student we all want to be in our classrooms. He’s the reason why I went into education.”

Nelson’s actions underscore how Mesa College has impacted his life and helped him heal. Struggling with his sexuality and his identity while growing up in the San Joaquin Valley town of Selma, Nelson describes his high school as “a dark place” where he was bombarded daily with homophobic slurs and occasional locker room threats.

He left the Central Valley after graduating high school and worked a variety of jobs while dealing with the fallout from years of psychological abuse. When he moved to San Diego, he realized it was time to earn a degree, but even after pulling up to the Mesa College parking lot for the first time, Nelson, then 30, was too anxious to leave his car and considered driving back home.

“I just sat there,” he said. “I finally began walking to class and the first thing I see is this big rainbow banner with the words ‘Mesa Pride.’ I figured I could do this.”

Nelson had found a place to call home. 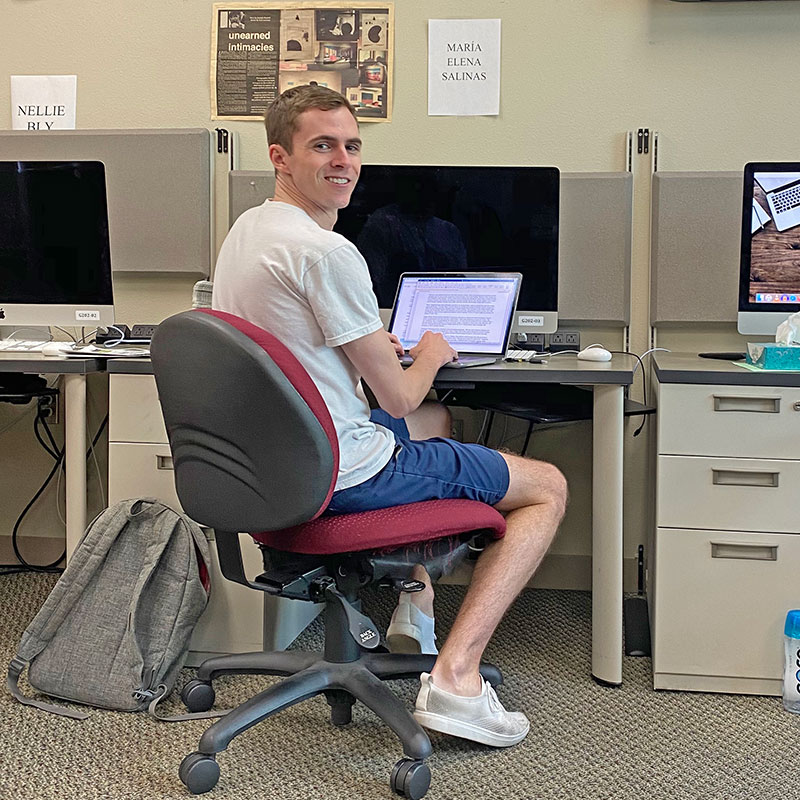 He utilized the free therapy and counseling sessions, he began writing for the college newspaper, he signed up for the Mesa College Honors Program, he became a member of the Phi Theta Kappa Honor Society, he was a regular on the Dean’s List, and he will graduate this spring with a 4.0 GPA.

“I’ve never had a 4.0 in my life,” he said, “but Mesa provided me with the kind of environment where I could succeed.”

Nelson also has succeeded in building a following of nearly 45,000 subscribers on his YouTube channel, “LanceTheDriver,” which touches on sexuality and LGBTQ and which takes its title from the vehicles automotive manufacturers lend him as a promotional tool. The modest income from the channel, along with an occasional odd job, is sustaining him in New York.

He will be in the city for the foreseeable future. Nelson will transfer to Columbia University’s Institute for the Study of Human Rights as a human rights major this fall; he received his acceptance letter in May.

“I don’t know where I’d be had I not gone back to school,” said Nelson, who hopes to work for the United Nations and advocate for the LGBTQ community. “In the two years of attending Mesa, I went from questioning my own self-worth to finding my purpose. I am incredibly grateful for what the faculty and staff have helped me achieve.”