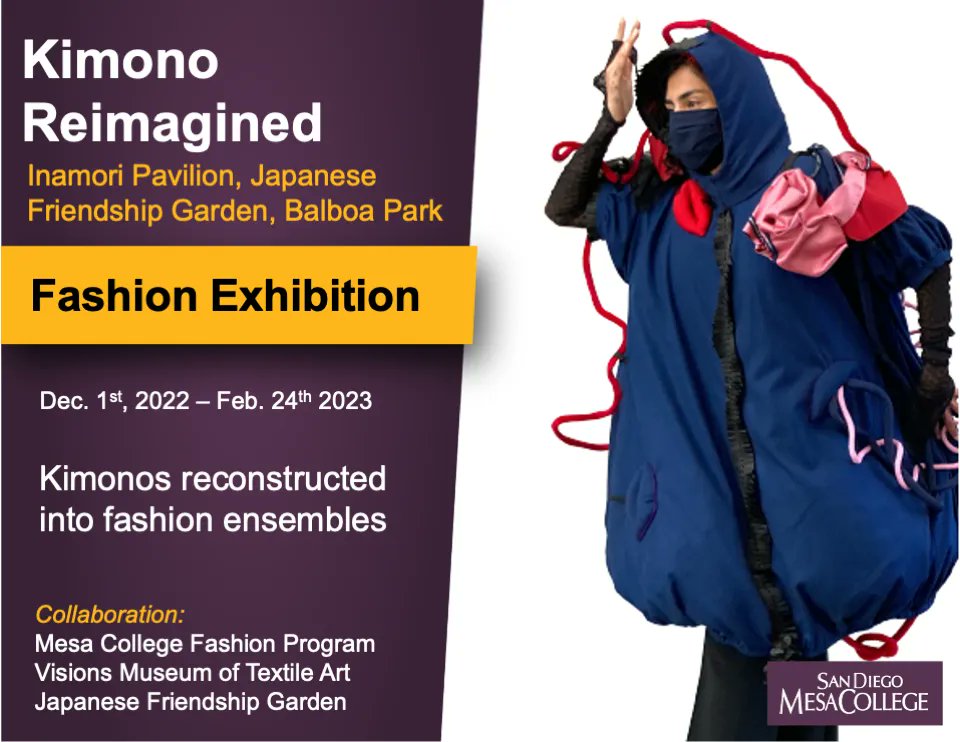 Kimono Reimagined is a collaborative project between students of the Fashion Program at San Diego Mesa College, members of Visions Museum of Textile Art (Liberty Station) and the Japanese Friendship Garden in Balboa Park.  Nineteen teams, each composed of a Mesa College fashion student and a stitcher from Visions Museum of Textile Arts worked together to redesign and reconstruct kimonos, obis, haoris, and sashes to become a fashion garment.  The resulting garments will be on display at the Inamori Pavilion in the Japanese Friendship Garden in Balboa Park.

Other Dates For This Event:

Email to a Friend