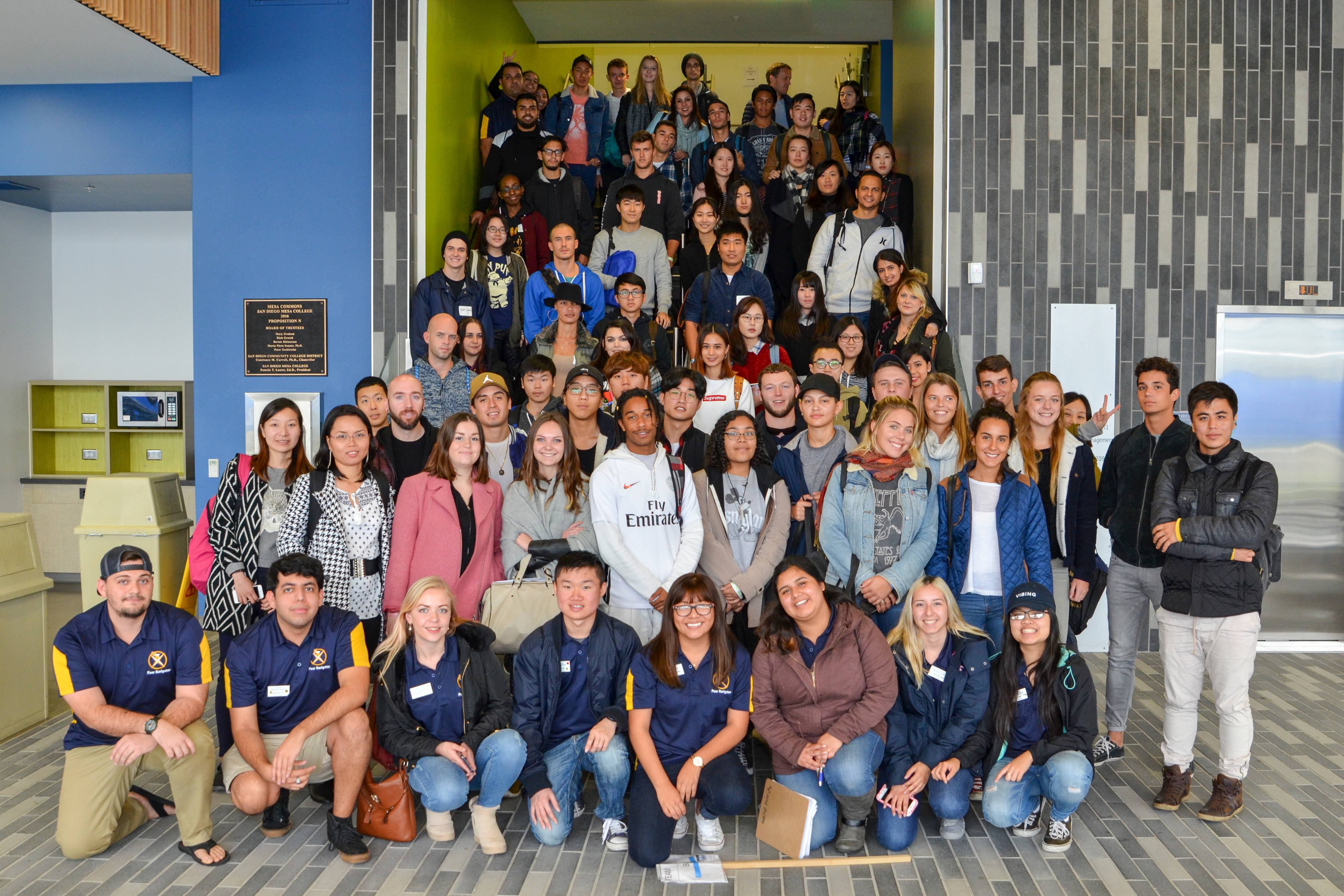 San Diego Mesa College welcomed about 150 new students to the campus during the pilot Winter and Saturday CRUISE (Creating Rich Unique Intellectual Student Experiences), orientations during the week of Jan. 10.

Receiving an introduction to the school as a whole during the CRUISE, new students were able to learn about various campus clubs and programs. Each student who attended CRUISE was paired with a Peer Navigator who will help guide them during their first year at Mesa.

“(Orienting and pairing up students) is necessary because as students become more involved with the campus, the likelihood of them staying connected and going on to the next semester and so on dramatically increases,” said Agustin Rivera, the Student Support Services Officer for Proyecto Éxito.

“The navigators are second or third year students that provide mentorship and support, not only for CRUISE, but for the entire Academic Year,” Rivera said.

During the Winter CRUISE, 70 to 80 percent of the new students came from international backgrounds. From countries as far as China, Morocco, Afghanistan and South Africa, the CRUISE attendees seemed eager to start their educational careers at Mesa College.

Biology major Peixin Ann Wong said she is beginning college for the first time, having moved to San Diego from China to attend Mesa College. She said she appreciates the CRUISE program because it has helped her to acclimate to a new learning environment.

“Your CRUISE member (Peer Navigator) is so helpful – I was testing her, and she got me a lot of answers,” Wong said.

Jacques Rossouw, who moved to San Diego from South Africa to major in exercise science, said he chose Mesa because it was the best, closest college to his grandfather’s home. For him and Marjorie Dorlus – who is majoring in medical assisting – the best part of CRUISE was getting to meet new, friendly people.

Tyson Dyer, a business major from Australia, chose Mesa for the football program. He appreciates the CRUISE program and said it was a great introduction to campus.

“CRUISE was good and pretty informative – now when I go to class, I’ll know where to go,” Dyer said.

For more information about the CRUISE program, visit www.sdmesa.edu/cruise or contact Agustin Rivera Jr. via phone at (619) 388-2757 or via email at arivera@sdccd.edu.