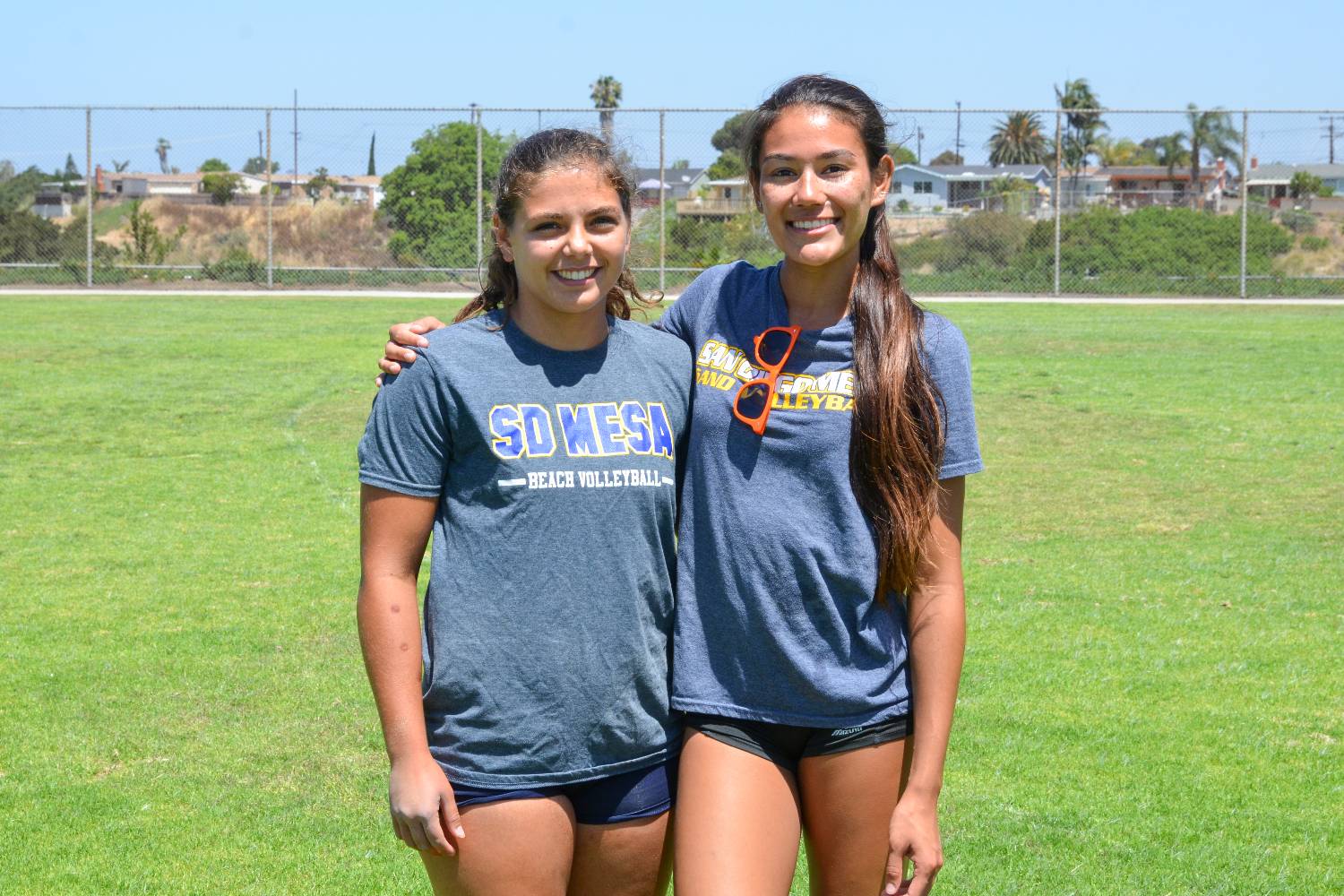 “I think that they both have really bought into each other and they’re ultra-competitive – every game, they continue to get better and better," Head Coach Kim Lester said of the duo. “They are just amazing fighters on the beach – they just want to win, they want to compete, they want to do their best and they have great chemistry as a pair.”

Assistant beach volleyball coach Andy Stucke added that Virgili and Wright’s athleticism is a key factor that advanced them to the state championships.

“I think it’s a combination of their work ethic and athleticism, and they’re mentally tough,” Stucke said. “When they’re in their element, they’re very dynamic and with how athletic they are, it literally makes them one of the top teams in the state. When they’re ‘in their system’ they’re pretty impressive.”

Kinesiology major Wright – a sophomore with a 3.7 GPA – has already received offers to transfer to California Polytechnic State University and San Francisco State University for the fall 2017 semester. She previously played indoor volleyball for two years at Southwestern College, but says that indoor and beach volleyball are almost like two different sports.

“With indoor, you depend on one another more as a unit, as opposed to on the beach it’s just you and your partner,” Wright said. “There’s no coaching during the game and it’s more personal between you two, and you really have to build that partnership.”

Psychology major Virgili – another sophomore with a 3.5 GPA – plans to transfer to a four-year school next semester and has had offers from California State University, San Bernardino; Colorado State University-Pueblo; Clemson University and the University of North Florida. She grew up in Rome playing volleyball since she was 12 years old, and began playing for Mesa when she moved to the United States from Italy two years ago.

“In the beginning Kat and I had this really good talk about our weaknesses and our strengths, and I think we really worked hard to continue to do well at the things we do well, and the things that we didn’t, we just tried to work at.” Virgili said. “If I would have an off day, then she would support me, and I would support her on other days, too.”

The beach volleyball team finished in fifth place with a record 3-9 in the Pacific Coast Athletic Conference – and a record of 11-12 overall in the CCCAA – this spring.

“Overall this season we had a very strong beginning, but we do play in the toughest conference right now,” Lester said. “I think this team is one of my favorites that we’ve had here. The team culture and the way these girls get along is amazing, and they’ve made it a really good experience the way they have bought into our program and everything we believe in as coaches.”

For more information about women’s beach volleyball at Mesa College, contact Head Coach Kim Lester at (619) 388-2275 or via email at klester@sdccd.edu. 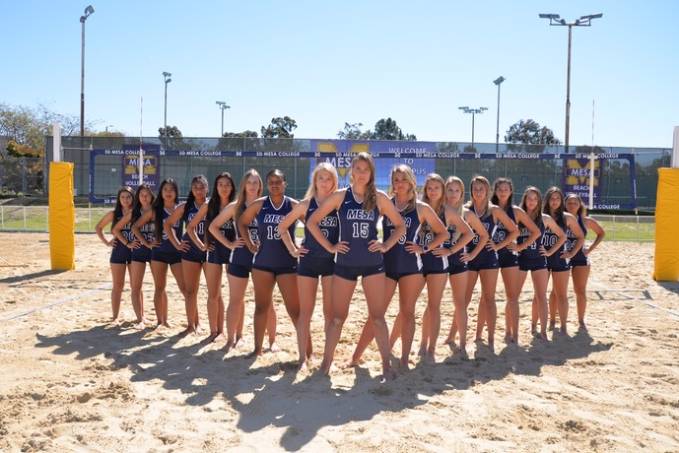