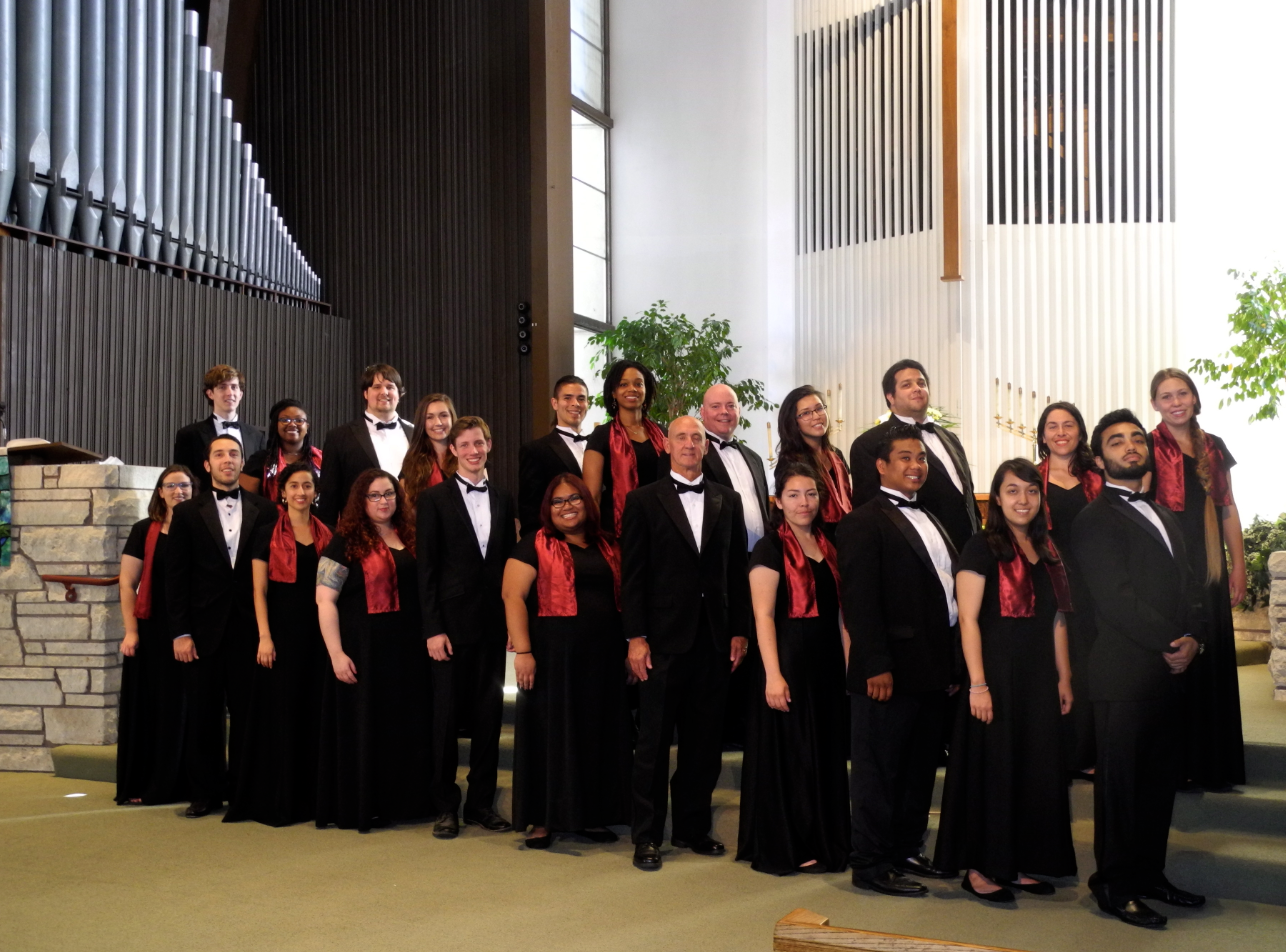 San Diego Mesa College’s Vocal Ensemble traveled to Puebla, Mexico the week of August 19 to represent the school and the United States in the 17th Annual International Choir Ensemble Festival.

Performing in the festival with choirs from Brazil, Columbia, Poland, Czech Republic, Argentina, Mexico and Peru, each choir performed individually, before all nine choirs joined together, accompanied by an orchestra on Sunday, Aug. 21.

After the main performance as a group, each ensemble traveled to sing in nearby towns and communities. Each of those performances varied in size from 300-700 audience members, with one of the largest performances resulting in Mesa’s Vocal Ensemble signing autographs for the crowd.

The Mesa Vocal Ensemble recorded three songs during the festival: Stephen Foster’s “Nellie Bly;” Vijay Singh’s “A Glimpse of Snow and Evergreen;” and “Wade in the Water” – a spiritual first published by brothers John Wesley Work II and Frederick J. Work in “New Jubilee Songs as Sung by the Fisk Jubilee Singers” in 1901.

Choral Director Richard Chagnon had a meeting in the mayor of Puebla’s office during the first day of the trip, where he received awards on behalf of the Vocal Ensemble as distinguished visitors to the city.

In addition to performing during the festival, the students attended a morning Mass in the Cathedral of Puebla and took a trip to the Pyramids of Teitihuacan with the choir from Brazil. During the field trip to the pyramids, the singers were able to bond with their new group of international friends.

“Today I had a moment, after we went to the pyramids we sat down to eat lunch with the Brazilian and Columbian choir,” Melody Ebner said in a post on her Facebook wall on Aug. 20. “We conversed around a huge table listening to beautiful live mariachi music. One by one we all got up and started to dance, and as I looked around I saw all of my friends dancing with someone they had never met, laughing and showing the biggest smiles. Then, I look and see the pyramids in the distance and cried of happiness. Here we are, having never met these beautiful people before, and the power of music and dancing brought us all together.”

Several members of the choir described the trip as “life changing,” giving them a new look at both the world and their community at home in America.

“It really made you appreciate what you have here seeing everything over there,” Vocal Ensemble member Sarah King said. King added that the trip has already helped her to be “unafraid to try new things.”

For more information about the Mesa College Vocal Ensemble, contact Richard Chagnon via email at rchagnon@sdccd.edu.