Mesa Dancers to Perform Their ‘Visions in Movement’ 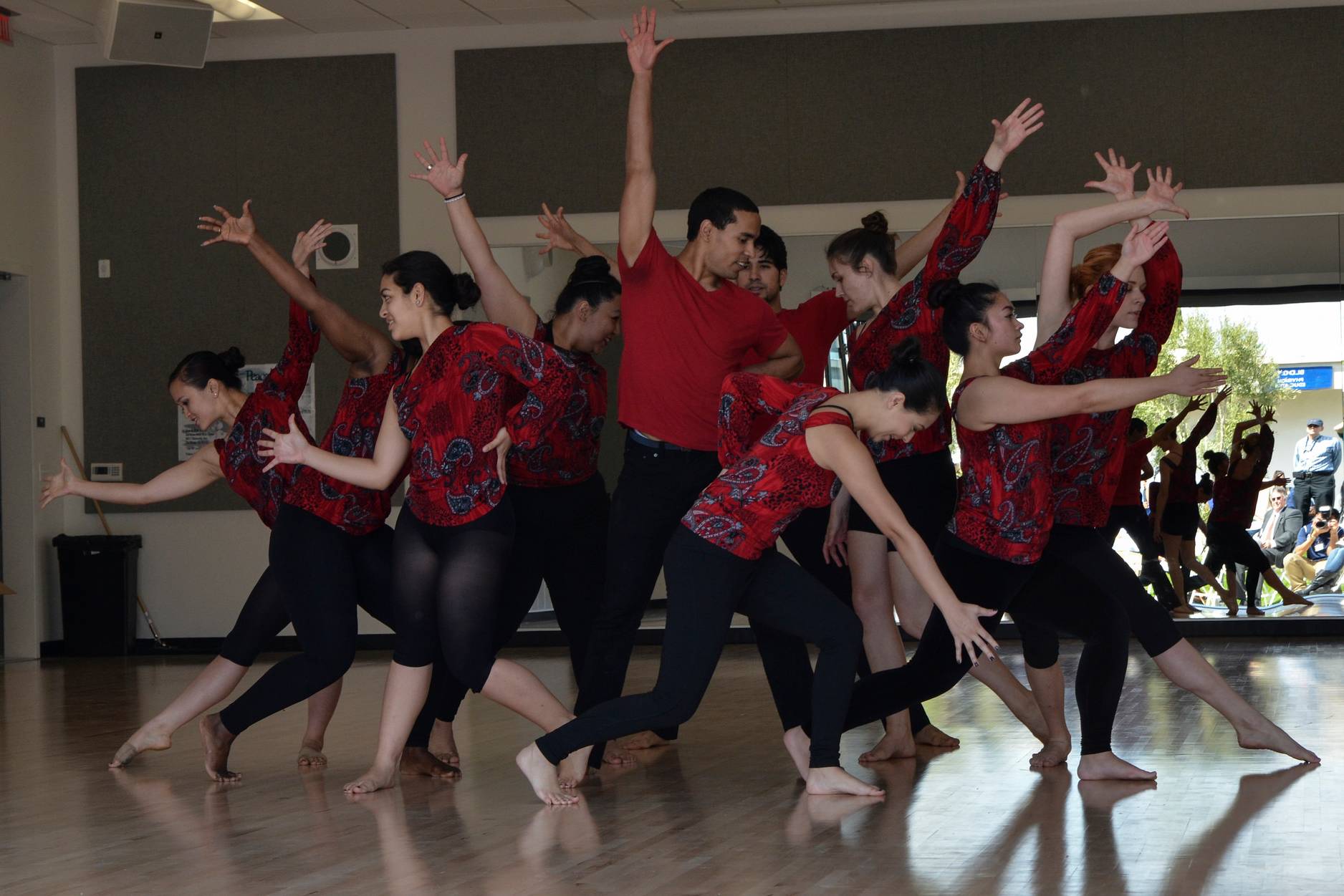 San Diego Mesa College Dance Company will present their fall dance concert “Visions in Movement” Nov. 3-5, with performances in the Joan B. Kroc Theater each night at 7:30 p.m.

With almost 60 dancers performing in the 14 faculty choreographed pieces, the show will highlight a variety of dance styles, to include hip hop, ballet, tap, jazz, musical theater, modern and African fusion.

Dance Professor Aulani Chun choreographed a ballet piece for the show, set to Ottmar Liebert’s guitar piece “Caballada.” She said that attending the performance is a great way to support the dance program and that it can be inspiring for new dance students.

Jasmyn Hamblin – a dance major who has been dancing at Mesa College for four years, with 10 years of experience overall – is dancing in four pieces in the show.

One of the pieces, an African-contemporary fusion piece by guest choreographer Whitney Laurent from Malashock Dance, is helping Hamblin to learn what she calls a “grounded, funk and groove” dance style.

“It’s really cool to work with a guest choreographer because I’ve worked closely with all of the alumni here, on and off, for the past four years, so it’s nice to have the artwork of someone from an outside company,” she said.

For Hamblin, dancing on stage brings her art medium to life – and it is a way for her to share the passion for dance with friends, family and the audience.

“It’s the feeling that you get on stage when you’ve worked really hard all semester…it’s like an ‘awakening’ that you get onstage where you’re performing, and you’re there with the audience watching and your fellow dancers onstage, there’s something really magical about it,” Hamblin said.

Sara Fisher – who hopes to transfer to a four-year school to major in dance and music therapy – started dancing as a child, but returned to dancing when she started at Mesa four years ago. She is performing in a tap piece that is meant to inspire those who watch it to vote in the presidential election on Nov. 8, and echoes Hamblin’s sentiment of getting energized by performing.

“There’s a different kind of energy when you get to perform in front of people, after you’ve practiced for so long, so hard,” Fisher said. “There’s an energy with the audience, too, and they’re there to see you dance. It’s like a buzz.”

Pre-sale tickets are $12 from dance instructors on campus or via Brown Paper Tickets, or $15 at the door. For more information, contact Professor Aulani Chun via email at achun@sdccd.edu or via phone at (619) 388-2453.