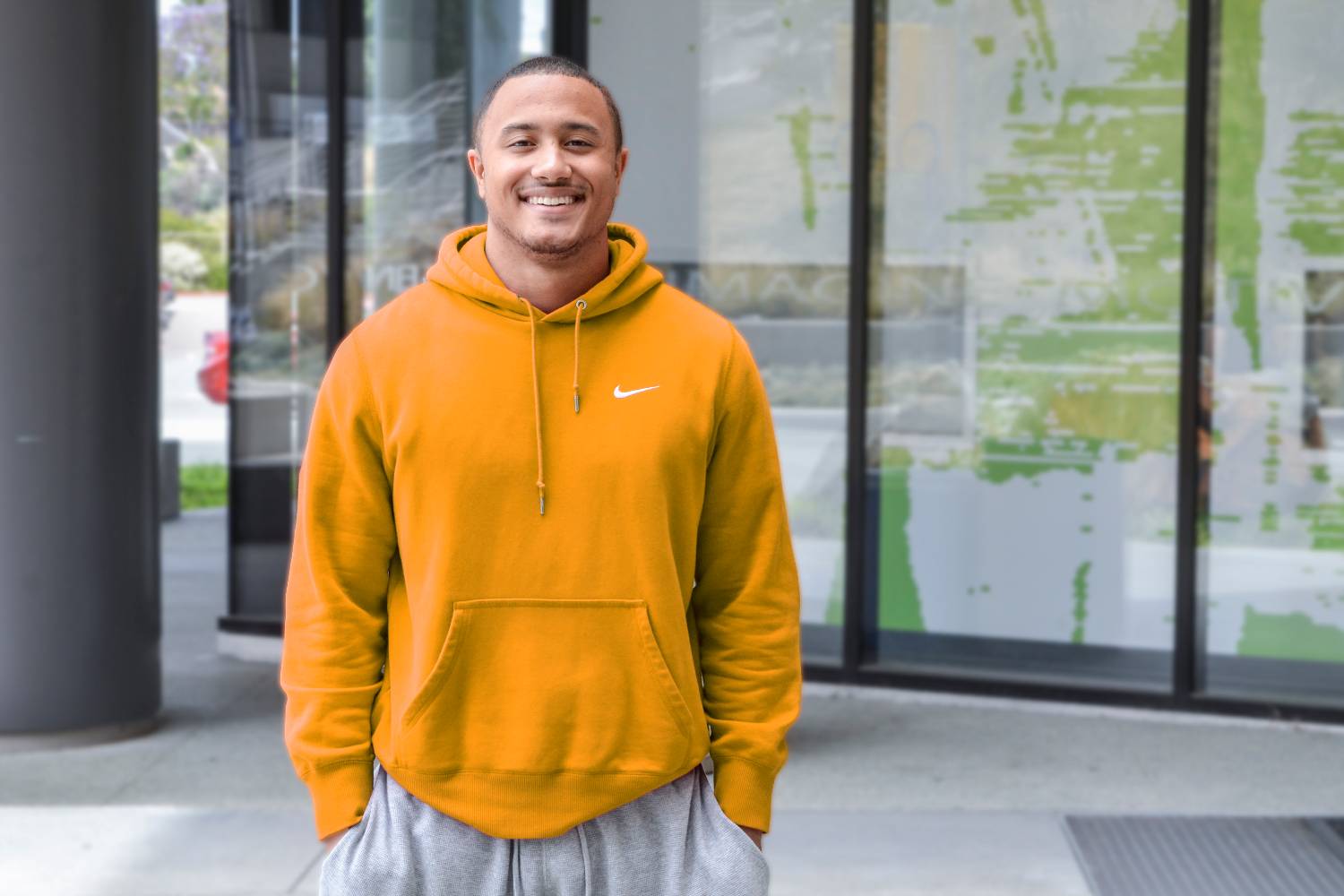 While attending Mesa College, Eldred was a member of the Outreach Ambassador team, a group of representatives for the school who work with students to promote higher education. They also function as peer mentors, and inform incoming high school students about financial aid programs and other resources.

“It is a joy to be a part of Student Outreach – it granted me opportunities to take advantage of a lot of other benefits on campus,” Eldred said.

Eldred played safety for the Olympians during the 2016 season, during which he made 32 tackles, 19 solo tackles and 13 assists with an average of four tackles per game. Though the team’s overall record for the season was 3-7, Eldred said he is optimistic about how the Olympian football team will do next year.

“The football program still has a long way to go, but I think that Coach Peter Lofthouse has things moving in the right direction,” Eldred said. “I am excited about the players that will be returning next year – I think they’re going to do a great job and have a lot of success.”

Though he is happy to be moving a little closer to home, Eldred said that Mesa has been fundamental in helping him to grow as both an athlete and a student.

“I chose Mesa because Coach Lofthouse and Coach McDonald were very serious about academics, and that was one of the main things that they harped on when recruiting me,” Eldred said. “That was very impressive to me that they cared so much about that – it’s almost as if they cared more about that than the football team. I thought that that was a key factor that would be very important for my success.”