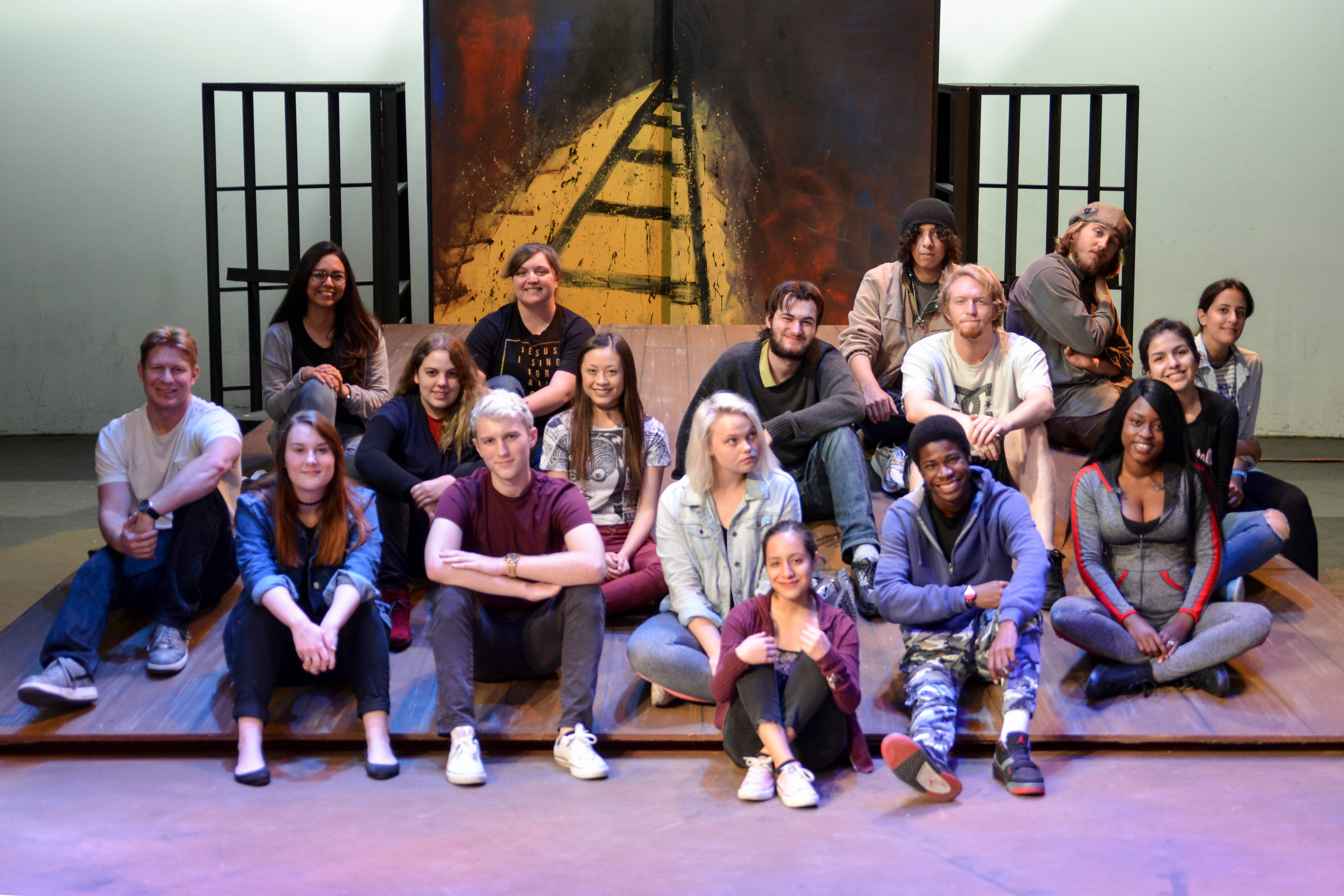 Students from San Diego Mesa College’s Department of Dramatic Arts will be performing Karel Švenk’s “The Last Cyclist” for a second - and closing - weekend starting March 17.

Originally written as a cabaret by Švenk in 1943 while he was imprisoned during the Holocaust in the Terezín concentration camp near Prague, the play was reimagined by playwright Naomi Patz as a “play within a play.” Dramatic Arts professor George Yé said the bitter comedy is an “allegorical depiction of the Holocaust” where lunatics are pitted against cyclists as the Nazis systematically attacked the Jewish community.

“The play was adapted in 1961 by Jana Šedová, the only known survivor of the original cast,” said Dramatic Arts Professor Kris Clark. “Šedová reportedly re-created the play from memory for a production at the avant-garde Rokoko Theater in Prague.  More recently, the piece was ‘reconstructed and reimagined’ by Naomi Patz, using Šedová’s notes and research that included set and costume design from the concentration camp.”

“The Last Cyclist” is being directed by Clark, who saw the play performed in New York City four years ago and said that message “stuck” with her. In the current political climate, she feels that this play holds valuable lessons for today’s audiences.

“I thought it would be good material for the students, but it was also the power of the piece that drew me to it,” Clark said. “While the play's origins are WWII and the Holocaust, the piece actually speaks to all who have been oppressed because of the color of their skin, their choice of religion, or just because they are different from those around them. ‘The Last Cyclist’ speaks to the atrocity of oppression through an absurdist lens, so we find ourselves laughing at harsh realities, it plays a bit with our psyche and brings the message to us from a different direction.” 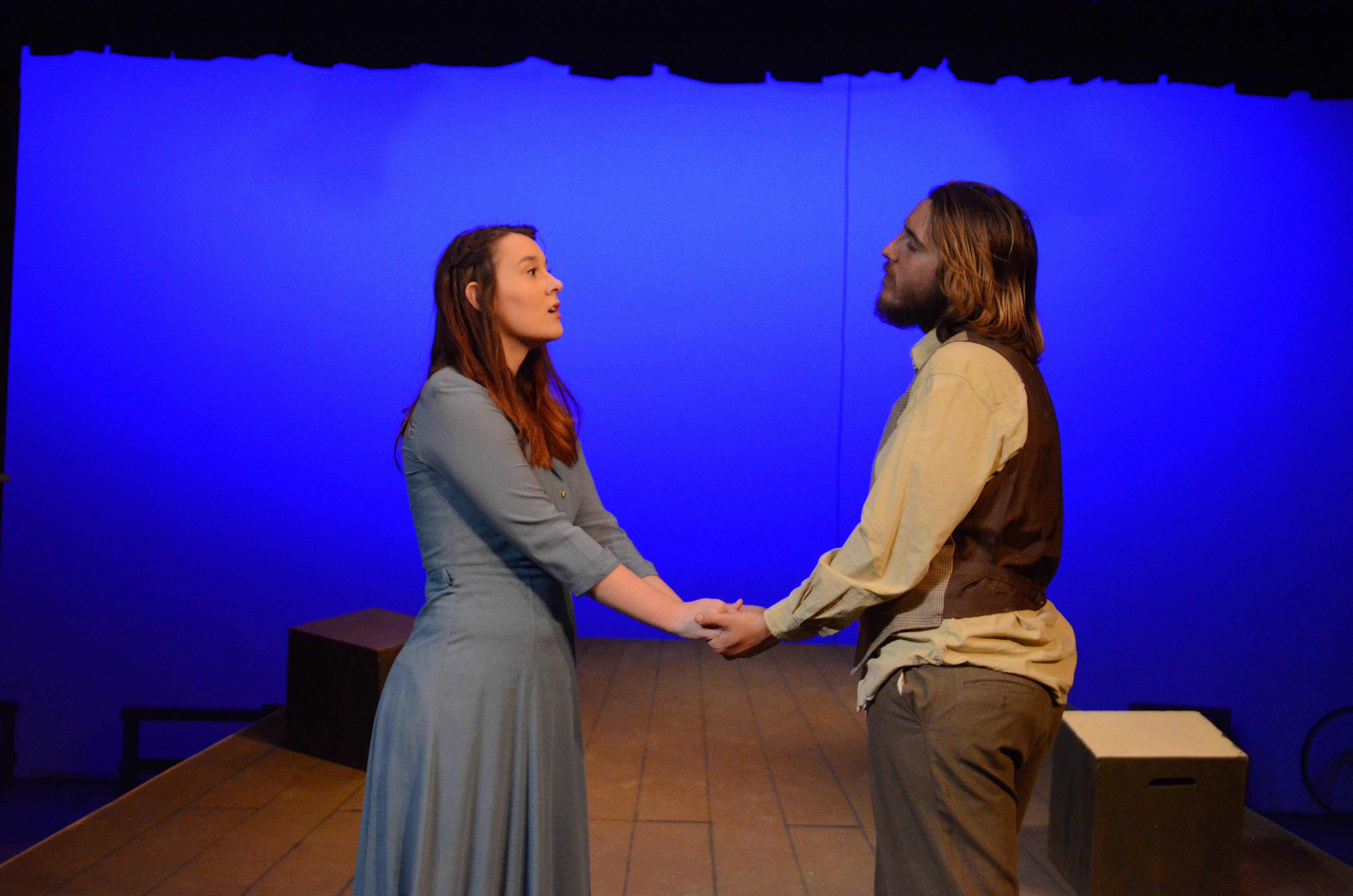 The play is a production by the Drama 100 and 200 students. Performing in the play are Evan Poole as Karel Švenk and Abeles; Jacob Harr as Ota, Rat and Hitler; JaVon Clarke as Jiří, Head Physician and Lunatic 3; William Smith as Tomas, Celery, Sweep and Opportunist; Quinnisha Vongor as Franta, Lunatic 4 and Mrs. Manicova; Grant Brubaker as Young Man, Big Shot and Mr. Hippo; Jake Fagan as Pavel and Lunatic 1; Samantha Schmidt as Jana and Manicka; Emilee Zuniga as Elena and Lunatic 2; and Michelle Smith as Zuzana and Ma'am.

Each actor in the play portrays at least two characters – the original actor in the Terezín production, and the character/s that that actor played.

Fagan, a Dramatic Arts major and well-seasoned actor who has been performing since he was a child, said that the play’s unique structure is very unusual compared to other plays in which he has performed. Playing a lunatic has been very “freeing,” Fagan said, and he added that the character has allowed him to break boundaries that other characters he played in the past have not allowed him to do.

“My experience with ‘The Last Cyclist’ has been like working in a type of production that I’ve never been a part of,” he said. “It’s because it’s not a continuous story – it’s like different little mini scenes and vignettes that all paint a bigger picture, and it’s very ‘absurdist theatre.’ The characters are all crazy and larger than life; the characters are less ‘people’ and more of a representation of something.”

While Fagan felt the need to make his lunatic portrayal bigger and bigger as the company neared production, Dramatic Arts major Vongor said she ended up reeling in the crazy for her lunatic character.

“It’s hard to find my ‘lunatic,’ so I’ve been playing with it every so often and trying to figure out how to be a lunatic,” she said. “Originally, I wanted to do this all out, crazy lunatic, but as I got in front of people and started acting out the lunatic, I noticed that my character is more of a silent, smart lunatic.”

Mesa College Dramatic Arts major and actor Schmidt plays Šedová, an actor in the original production who is the only known Holocaust survivor from the cast, as well as her character Manicka from the play within the play.

“Playing Jana has been a lot of different things for me, I think,” Schmidt said. “There’s been a variety because I do play two characters – there’s Manicka, who is this ridiculous ingénue type girl, and the other one is the historical figure that’s a character that has a lot of weight to it. The other character is lighter, it’s fun. My experience has been finding the contrast between these two, which has been a challenge and I think I have grown a lot from it.” 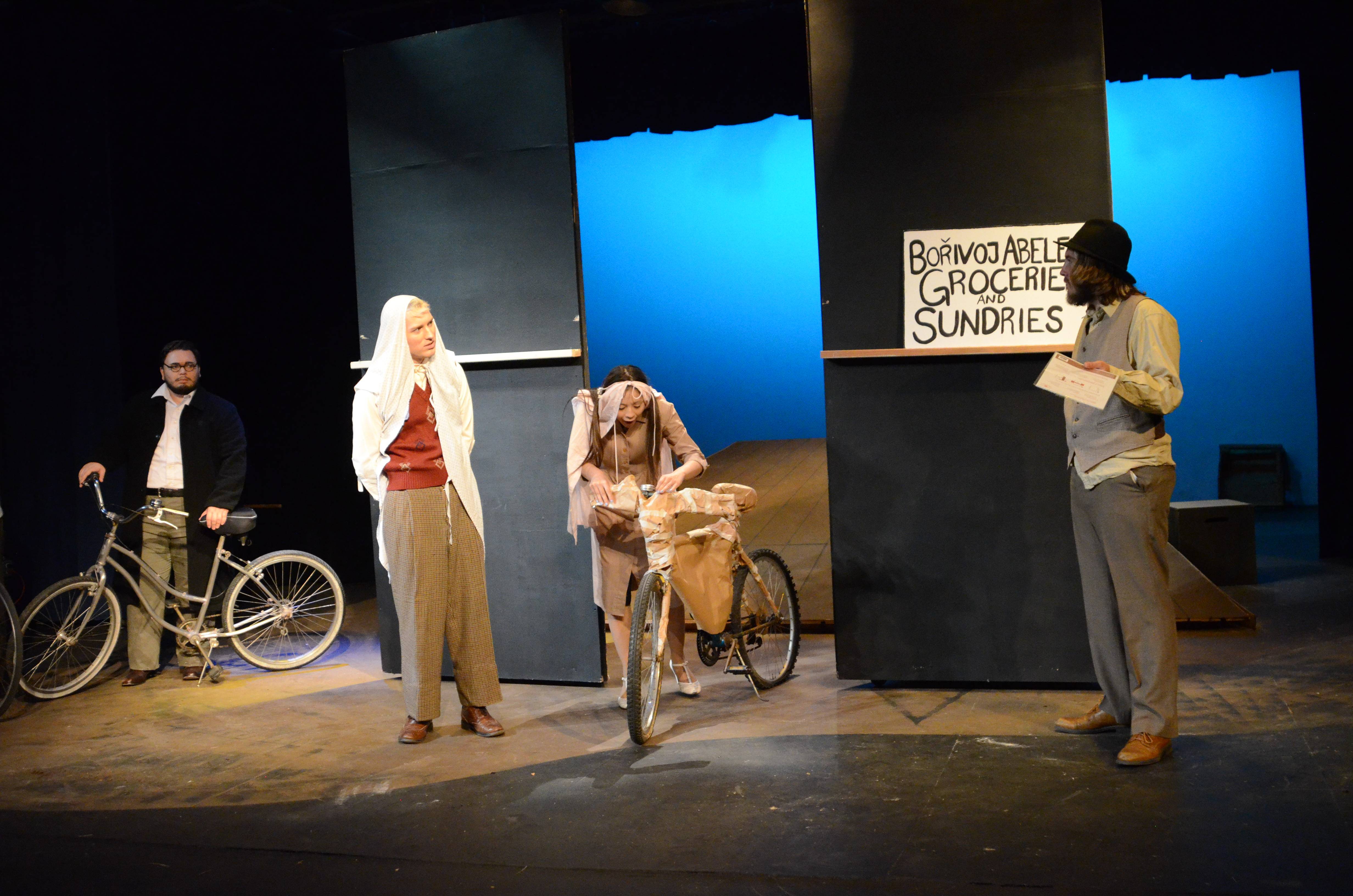 Roby, another Dramatic Arts major, has acted in previous productions, but is working as the lighting designer in the production of the “The Last Cyclist” to get experience with the technical side of theatre for a future career as a director. She said that her experience as an actor has helped her with designing the lighting for the show.

“When you go through the script and have to pull out bits and pieces for each costume, or with lighting as the actor, what am I feeling with this situation, how can I light this, so it does help bring elements of acting into your design, which helps the overall ‘look’ of the show,” Roby said.

“The Last Cyclist” will be performed for a final weekend from March 17 to March 19, with performances on Friday and Saturday at 8 p.m. and the performance on Sunday at 7 p.m. The performances this weekend will be followed by a talk back conversation with guest speaker and playwright Patz.

Tickets for “The Last Cyclist” can be found online at Eventbrite and Brown Paper Tickets. For more information about Mesa College’s production of “The Last Cyclist,” contact George Yé at (619) 388-5920 or gye@sdccd.edu. 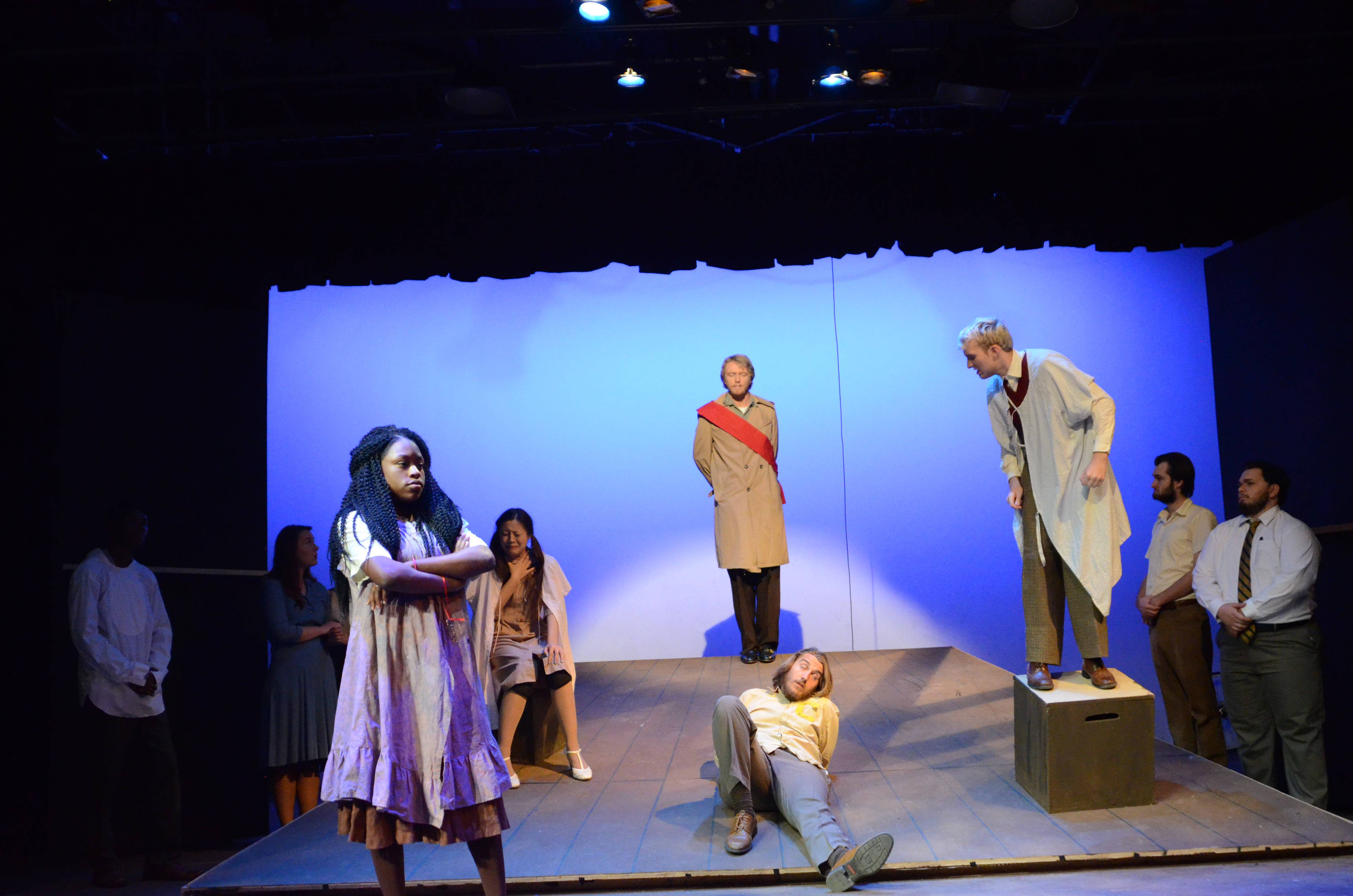