Former NFL Player to Speak About ‘Importance of Empathy’ 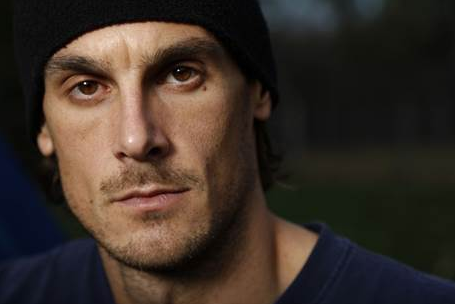 Former Minnesota Vikings punter Chris Kluwe will visit San Diego Mesa College to speak to students, faculty and staff about the “Importance of Empathy” on Oct. 25 from 1 to 2:30 p.m. in LRC 435.

Author of “Beautifully Unique Sparkleponies: On Myths, Morons, Free Speech, Football, and Assorted Absurdities,” Kluwe is not only known for his work on the football field, but also for his writing and outspoken nature in regards to the ethical treatment of others. His role as an ally for equality was first brought into the mainstream light after writing a scathing open letter on Deadspin.com to Maryland state delegate Emmet C. Burns Jr.

In his letter, Kluwe supported the first amendment, free speech and his former University of California, Los Angeles teammate Brendon Ayanbadejo – a former linebacker for the Baltimore Ravens who spoke out for marriage equality. As a response to Ayanbadejo's public comments, Burns told Ravens owner Steve Bisciotti to “inhibit such expressions from your employee,” as seen in his letter at wbaltv.com.

Kluwe’s original letter to Burns and its crass language have been edited and republished in his book, which is a collection of commentaries and short stories that was released in 2013.

Event organizer and journalism professor Janna Braun, she said she feels that after reading his book and following him on Twitter, his messages about free speech, empathy and inclusion fit in perfectly with the campus culture at Mesa College.

“I really like the idea of his message of inclusion – I read his book a few years ago, and the first chapter had me in tears, good tears, because I thought it was so clever,” Braun said. “It was so funny, but at the same time I got the message that he was trying to send.”

A grant from the Mesa College Humanities Institute funded the effort to bring Kluwe on campus for his speech. For more information about attending the event, contact Braun via email at jbraun@sdccd.edu.