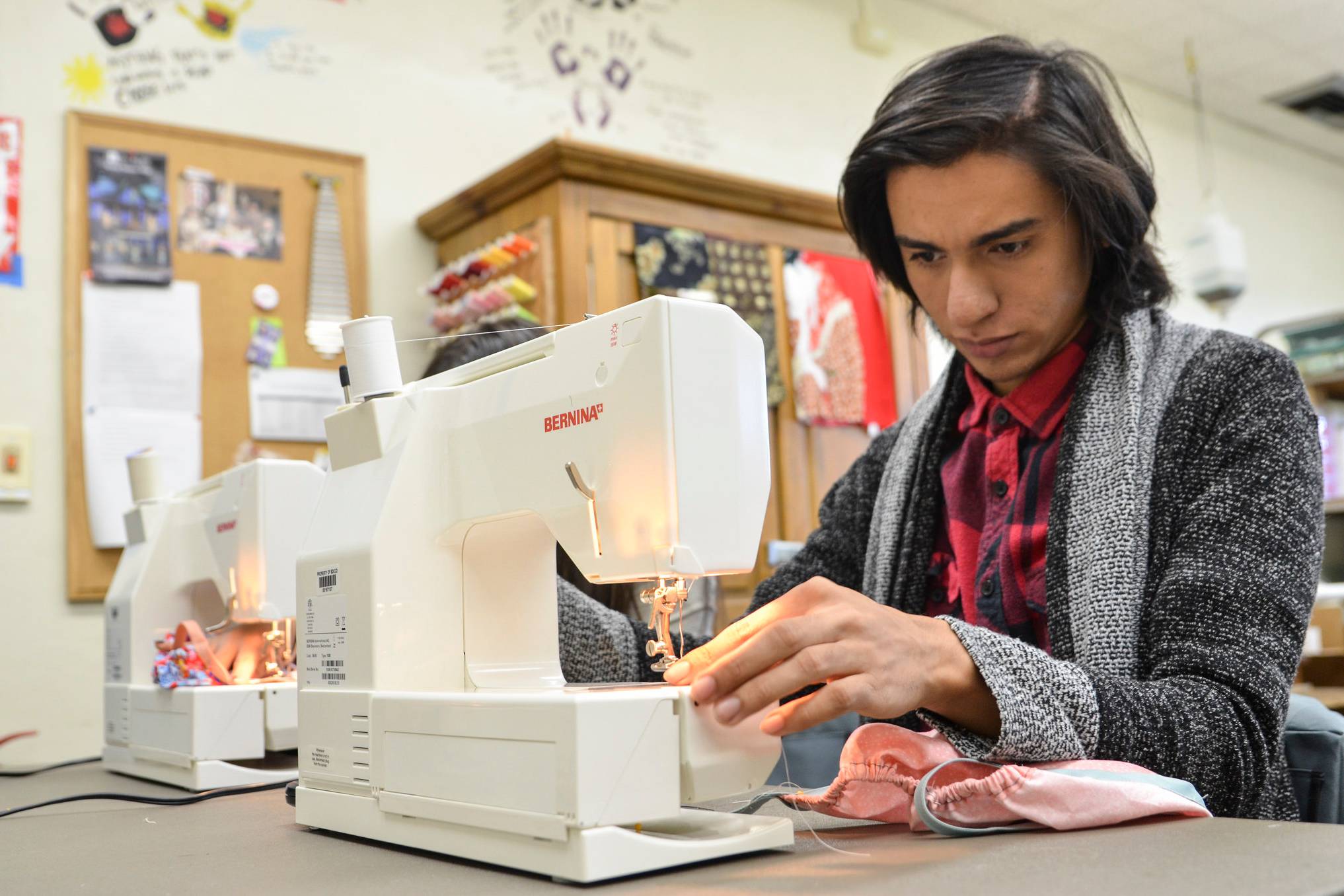 As part of this semester’s costume making class, students enrolled in Drama 200 have been making dresses to be donated to the Little Dresses for Africa charity organization that helps to clothe children living in 81 countries in and around Africa.

Founded by Rachel O’Neill after traveling to Kenya and Uganda and being inspired by the girls and women she met there, Little Dresses for Africa is a 501(c)(3) non-profit organization that sends simple dresses to children in Africa. Thus far, the organization has sent more than 4.5 million little dresses and “britches for boys” to children in need, according to their website.

Dramatic Arts and Fashion adjunct professor Jordyn Smiley decided to have her students create dresses for their final sewing project as a way to not only reinforce the students’ sewing skills, but also as a way to give to a charity. The dresses are made using a “pillowcase” design pattern, which was chosen by the organization due to its simplicity – though they do accept dresses made with other patterns.

“They are basically made just out of a square of fabric, and then (the students) can choose whatever fabric they want, they can add pockets or little embellishments if they want,” Smiley said. “They’re adjustable ties at the top so they can be for different size girls.”

For several of the students, this project is the first time that they are using a sewing machine. While some students were slightly nervous about the outcome, many students said that they were happy to be donating their projects to charity.

“I didn’t know how to feel about it at first because I was like ‘oh no, I’m going to mess this up and it’s going to turn out like pants or something,” said Francisco Brambila, a Dramatic Arts major at Mesa. “It’s going really well, it’s not as difficult as it seems and it’s going toward a good cause, so it just makes the process a lot more enjoyable knowing that it’s going toward something good.”

Emily Zuniga, another Dramatic Arts student working on her charity dress assignment, said that though she has never sewn before, this project has been great to work on – mainly due to its charitable side.

“This is the first time that I have made any clothing myself, so this whole experience has been really interesting,” Zuniga said. “I think it’s a really great idea and I haven’t heard of that option being available to schools before, or even at all, so I think it’s fantastic that we’re doing it.”

The students’ projects are set to be completed by Monday, Dec. 12 and will then be shipped to Little Dresses for Africa to be brought oversees. For more information about the costume design class at Mesa College, contact adjunct professor Jordyn Smiley via email at jsmiley@sdccd.edu.