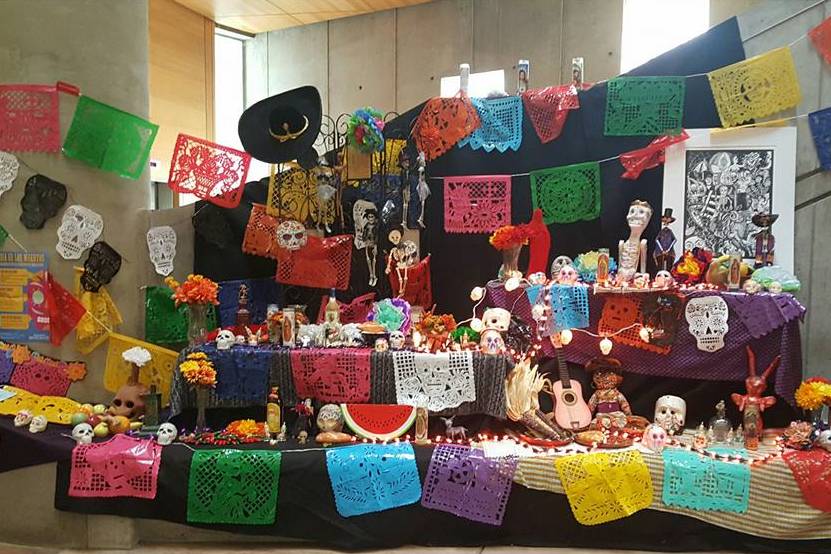 The documentary focuses on the artistic traditions, social gatherings and sacred history of today’s celebrations, a result of the melting pot of Mesoamerican rituals and the Christian holidays brought to Mexico by the conquistadors, according to Films.com.

Interactive activity booths will be set up at the LRC Quad, where participants can create nichos (mini alters), mascaras de calaveras (masks of the dead), ofrendas (offerings to the deceased) and flores de cempasúchil (marigolds). The booths will be set up on Nov. 2 from 10:30 a.m. until 2 p.m.

An alter for the deceased has been erected by Fine Art Professor Alessandra Moctezuma’s Chicano art class and Spanish Professor Dora Schoenbrun-Fernandez’s Spanish 201 class. The Dia de los Muertos alter will be on display in the LRC until Nov. 5.

“The Day of the Dead Celebration Event is an opportunity to celebrate and learn about the rich cultural contributions and history of this Hispanic event, widely celebrated in San Diego,” Schoenbrun-Fernandez said. “The event provides students the opportunity to learn more about the rich cultural heritages of the campus population and to broaden their views on such topics as art, heritage and a cultural view of death.”

Dia de los Muertos is supported by the Mesa College Humanities Institute and the Peer Navigators Program. For more information about the event, contact Dora Schoenbrun-Fernandez via email at dschoenb@sdccd.edu or via phone at (619) 388-2228.