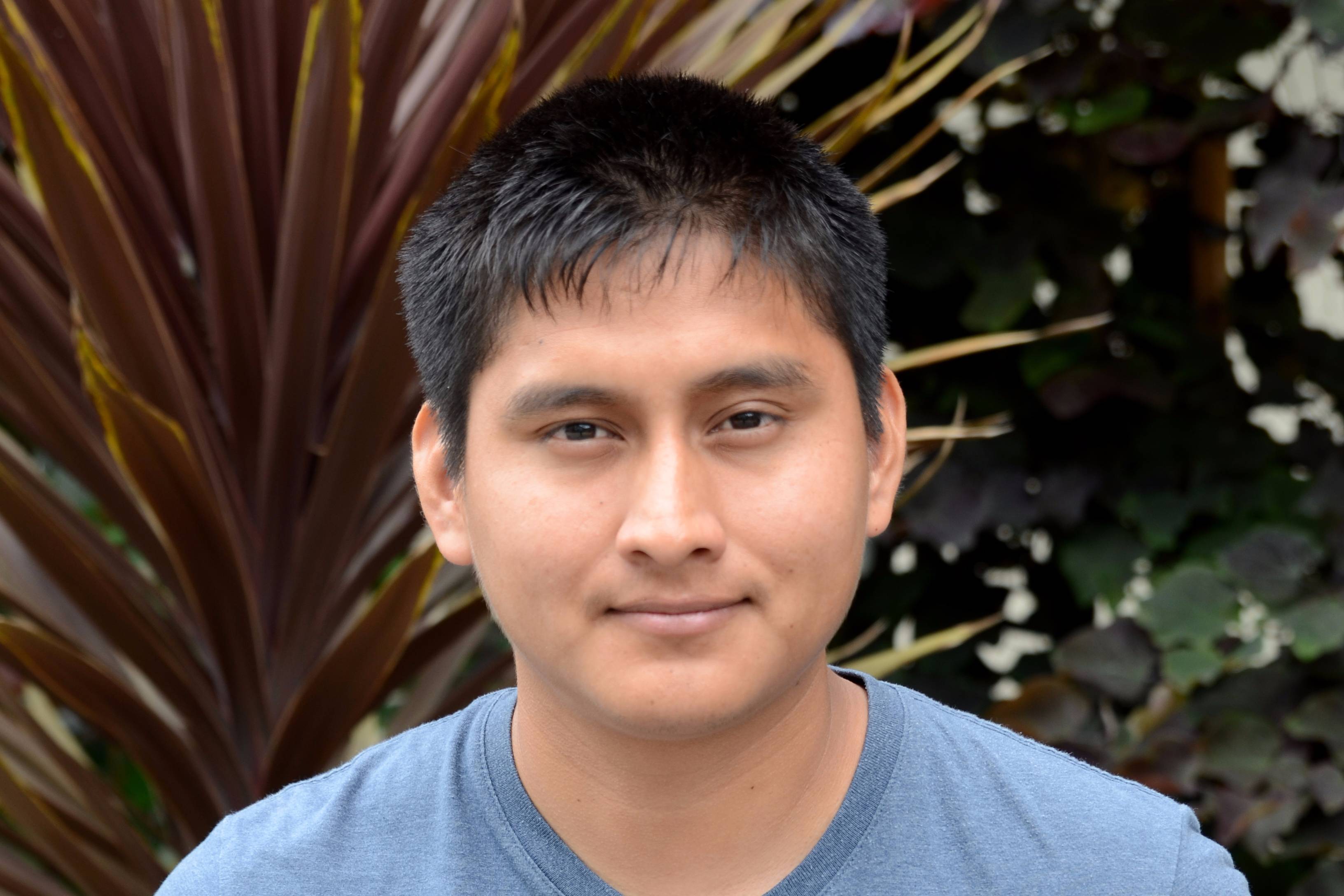 Bridges to the Baccalaureate scholar Emmanuel Gutierrez-Alfonzo from San Diego Mesa College was recently honored at the Society for Advancement of Chicanos/Hispanics and Native Americans in Science annual National Research Conference in Long Beach, California for his chemistry research.

The research that received the top undergraduate chemistry award at the Oct. 13-15 conference was conducted by Gutierrez-Alfonzo and his partner Jose Rizo, a former Mesa College Bridges scholar and current student studying molecular synthesis and pharmacological chemistry at University of California, San Diego.

Working on what could be a potential anti-cancer drug, their organic chemistry research is based on creating the synthesis of compounds that are derivatives of Vitamin C, which are then linked up to fatty acids. Thus far, Rizo and Gutierrez-Alfonzo have been successful in the synthesis of these compounds, according to Chemistry Professor Edward Alexander, the Principal Investigator for Bridges.

Gutierrez-Alfonzo is a chemical engineering major at Mesa College, with hopes to transfer to UCSD next fall semester. He is in his second year as a Bridges scholar and has been participating in this current research project for about three-quarters of a year.

“Dr. Alexander did research a few years ago, and showed that Vitamin C has inhibition properties to certain enzymes in the glycolysis process,” Gutierrez-Alfonzo said. “What it does is that it has the potential to stop the cancerous cell’s speed of growth by inhibiting those enzymes.”

Originally inspired to enter the sciences by his high school chemistry courses, he said that the Bridges program has helped to guide his career as a scientist.

“I was taking chemistry in high school and I liked it so much that I wanted to pursue it,” he said. “I think that [Bridges] helps me a lot because it is motivating me. When I first started taking chemistry classes, I didn’t have a good idea of where I wanted to go, but now being here, it is pushing me to want more than just a bachelor’s degree – I want to actually pursue my PhD.”

A partnership between Mesa College and UCSD for the Bridges to the Baccalaureate program was launched 11 years ago by Mesa’s psychology Professor Jaye Van Kirk and Emeritus Professor Yoshito Kawahara.

The program works to encourage the success of community college students majoring in science or psychology with plans to transfer to four-year colleges from historically underrepresented populations. The Bridges program is funded by grants from the National Institutes for Health and the National Center on Minority Health and Health Disparities.

Since it began, almost 100 students have participated, 98 percent of whom have transferred to a four-year school, and 95 percent of those who have transferred have graduated from those institutions. Many of the Bridges scholars have received or are continuing to pursue bachelor’s, master’s and doctorate degrees from universities such as UCSD, UCLA and Cornell University, according to Alexander.

Gutierrez-Alfonzo’s award is the second consecutive time that a Mesa Bridges scholar has taken the top recognition at the SACNAS, following biochemistry major Samantha Barrera who won last year.

SACNAS strives to lead the nation in supporting “multicultural and multidisciplinary” inclusion in the fields of STEM research, according to their website.