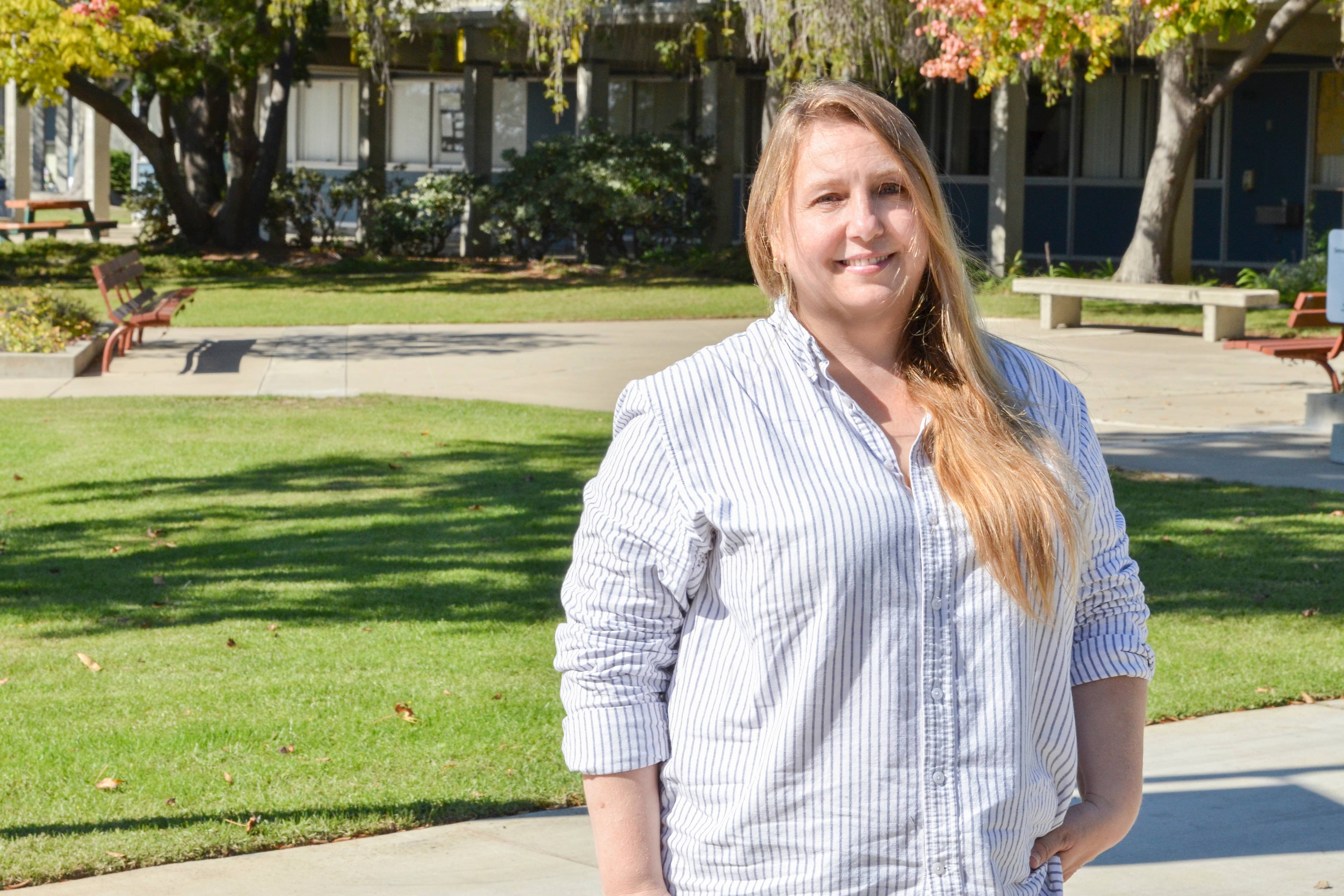 Following in the footsteps of her father and cousins, San Diego Mesa College student Janet Langrehr joined the U.S. Marine Corps in 1985, 29 years before stepping onto campus as a student.

After having first received a degree from ITT and a paralegal certificate from University of San Diego, Langrehr signed up for classes at Mesa two years ago to pursue a degree in accounting with minors in business and computer information systems. She plans on transferring to a four-year school once she has completed her time at Mesa.

Both of her sons (ages 23 and 20) also attended Mesa College – the older son as a current student studying Japanese after graduating from UCSB with a degree in biology, and the younger son before transferring to UCSD as a biology major.

Their attendance at Mesa inspired her to attend the school, and as a veteran, she feels it was the right move. She said that the campus’ administration is “willing to do up and beyond” what is needed “to help veterans succeed, which is admirable.”

“[Mesa] is really there for the veterans,” Langrehr said. “It is exciting to see that we have the backing of the administration when it comes to veterans and veteran needs, and it’s exciting to know that they’re not just looking at it right now, but they have plans for our future here on campus.”

As Vice President of the Student Veterans Organization she volunteers at the Mission Valley Preserve, Habitat for Humanity and Feeding America. Langrehr is also actively involved in the Japanese Club at Mesa, and participates in activities with the Mesa Anthropology Club, International Students Club and Chinese Culture Club when time allows.

In her free time, Langrehr plays video games, especially enjoying military style or shooter games like Call of Duty, Halo and Destiny. She listens to dub step and house music, in large part due to her fondness of the styles’ beats.

During her 10 years in the Marine Corps, she was stationed in South Carolina, North Carolina, Twentynine Palms, Wisconsin and Okinawa. One moment that stands out for her during her time serving in the military is when she wrote the first standard operating procedure for classified material for first rig. 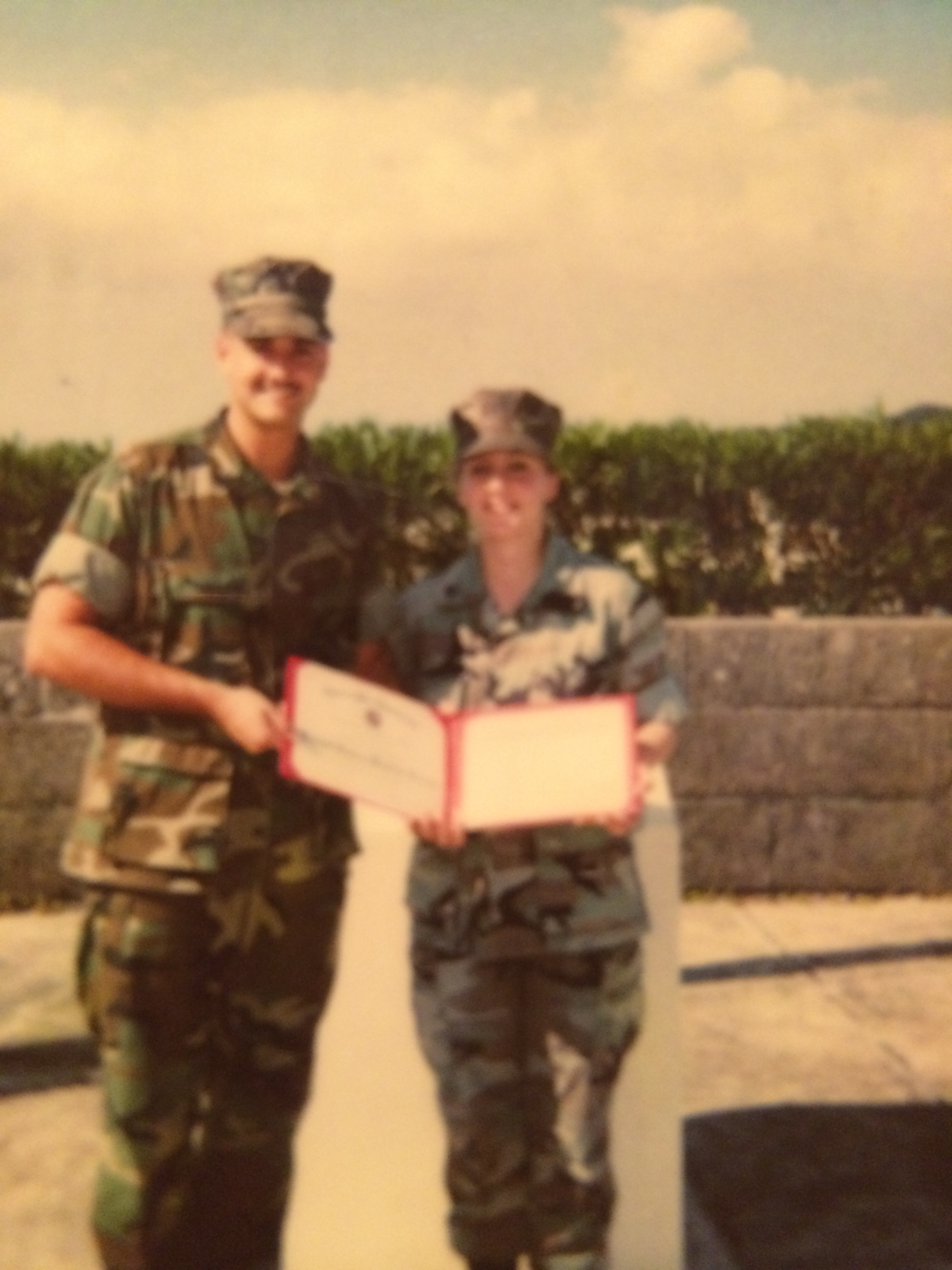 “When you’re starting something from scratch and you’re trying to compile it all together and make it comprehensive enough for other people to read, understand and do the job, then I guess that was one big accomplishment,” she said.

Langrehr said that one of her biggest accomplishments in the military was “being able to shape and guide the young Marines I was in charge of.”

“Many of my ‘troopies’ rose within the ranks and one is now a Major in the Marines,” Langrehr said.  “He thanked me for my guidance and training. He stated that he uses what he learned from me to train his Marines. I take pride in knowing that my knowledge and skills are being passed down to the next generation of Marines.”

Though civilian students – especially younger ones – may sometimes find it intimidating to engage with veterans on campus, Langrehr said that she hopes that more people will strike up conversations with the veteran community.

“People in general sometimes don’t know how to approach veterans, but it’s just like anybody else – you say hello, you start up a conversation and you’re gonna find some connect with them,” she said. “They have experience that they can share with others and it’s just like a community – we teach each other what we don’t know.”