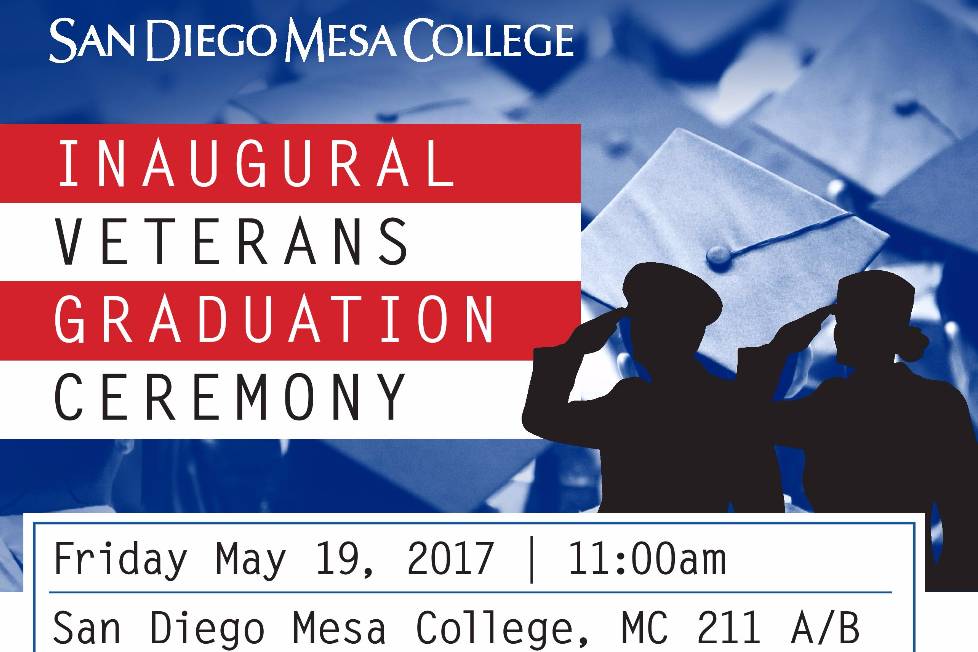 San Diego Mesa College’s veteran community will celebrate students that are graduating and/or transferring during an inaugural Veterans Graduation Ceremony on Friday, May 19 at 11 a.m.

“The Veterans Graduation Ceremony honors the successes of our student veterans, and publicly recognizes their abilities and potential for the future,” said Counselor Ramiro Hernandez who specializes in Veteran Affairs. “The sense of community garnered by this ceremony gives Mesa College the opportunity to show how much we appreciate their service and the pride we feel for their academic success. It also allows us to provide an equitable atmosphere for our student veterans who continue to work hard to reach their goals and appreciating what they have already accomplished.”

“These steps towards equity ensure that our graduating veterans will be able to look back fondly on their educational journey at Mesa for years to come, and once again feel pride in all that they accomplished. Some of our veterans have lost so much in their journey; we can give back by honoring them.”

This year, more than 75 military veterans will earn at least one degree from Mesa College, with 13 of those students earning two degrees and one student earning three degrees.

Both accounting major Jeremy Pratt (Marines) and applied mathematics major Benjamin Makowsky will graduate with a 4.0 GPA and the Highest Honors distinction.

In addition to preparing for graduation, several student veterans are also preparing to transfer to four-year colleges and universities for the fall 2017 semester. 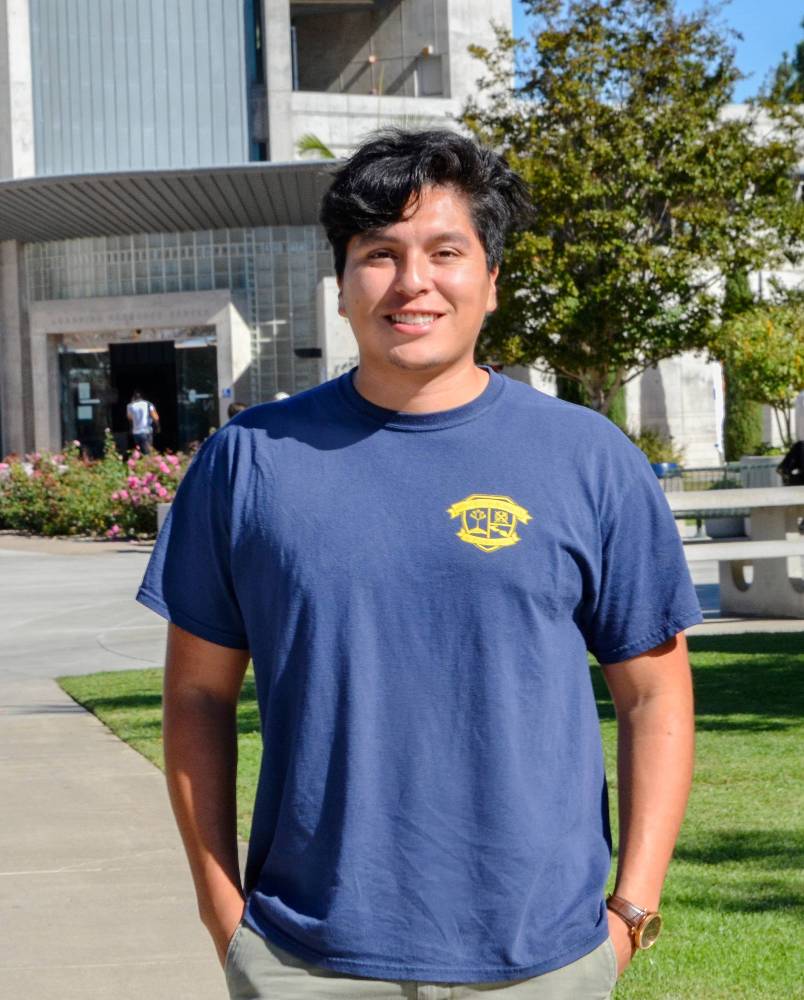 Marine Corps veteran Freddy Cervantes will be transferring University of California, Berkeley to major in electrical engineering and computer science.

“It’s their hardest major to get into, so I am really glad that all of the hard work paid off,” Cervantes said.

With a current GPA of 3.89, he will graduate with an Associate’s Degree in Physics with high honors from Mesa. Cervantes said that attending Mesa College helped to prepare him mentally to transfer to a four-year university.

“When I got out of the military, I wasn’t sure if I was going to do well in school or not,” he said. “In high school, I actually had some of the lowest grades. Not having been in school for four years after the military it was kind of intimidating, but when I came here I hit the ground running. At Mesa, I discovered that I love learning and that I am really good at math and science.”

Cervantes added that the student veteran community and Veterans Resource Center on campus – where he met many of his friends – became his support system and helped him to succeed as a student. He plans to continue the tradition of support by becoming a mentor at the VRC to give advice to incoming veterans. 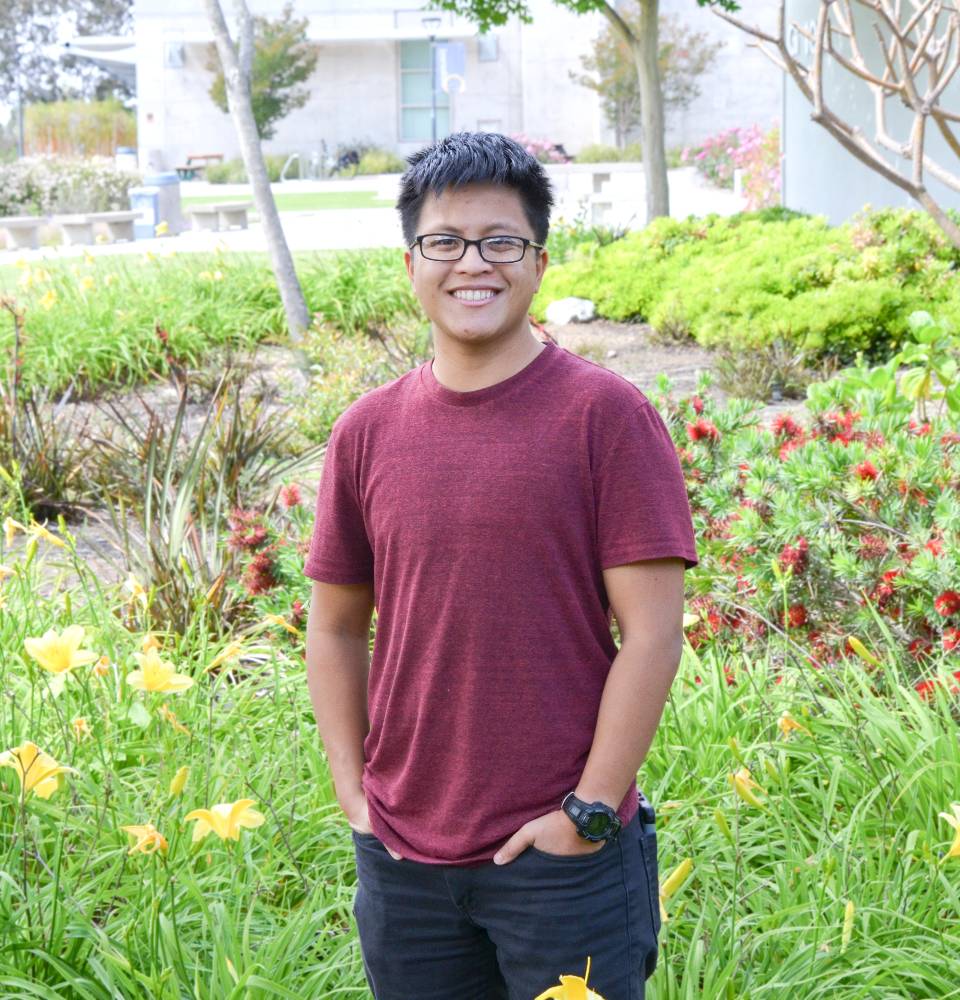 Another student, Marine Corps veteran Evander Deocariza, is headed to Stanford University in the fall to pursue a degree in Computer Science. Like Cervantes, Deocariza said that although he had a gap between high school and college, the transition from military life back into education was eased by the support systems available on campus.

“I graduated from high school in 2007, so it has basically been a decade since I studied math or science,” Deocariza said. “Mesa allowed me to jump back into those subjects in small classrooms, with supportive, invested professors. One of the things that really set Mesa apart from other community colleges is the veterans support network through the VRC and the Student Veteran Organization.”

Deocariza was a military linguist in the Marines, and already holds an associate’s degree from the Defense Language Institute in Pashto – an Arabic language native to Afghanistan and Pakistan. Being a part of the veteran community at Mesa College helped him to aspire to apply to transfer to Stanford, Deocariza said.

“Having a space where I can meet with and work with other student veterans helped in meeting my educational goals – the veterans here are all so high achieving and motivated and everyone is always reaching for the highest possible goals,” Deocariza said. “I learned about so many programs and opportunities through them, and their success inspired me to apply for a school that I might have otherwise thought was out of my reach.” 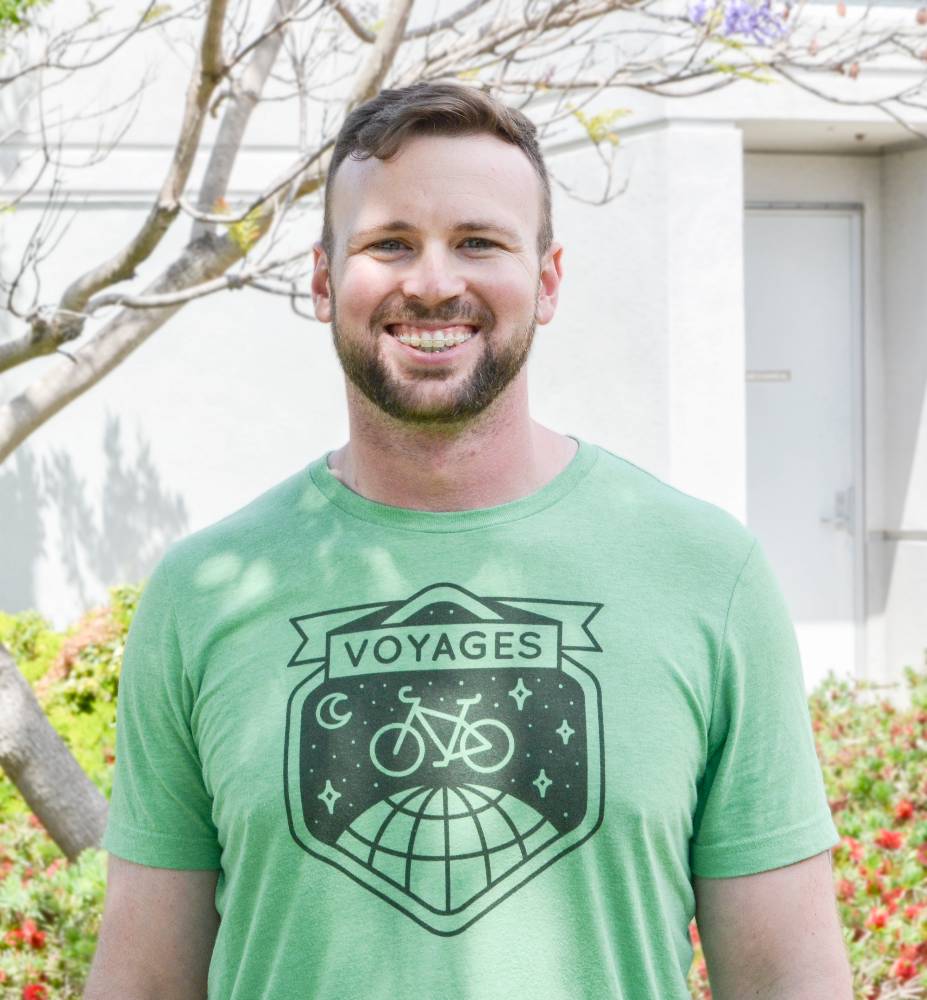 Another Stanford-bound student veteran from Mesa College is Loper, who served for seven years as a Marine. Graduating with an Associate in Physics with high honors, he attributes his success as a student to the education that he received from Mesa.

“The math and science programs at Mesa are fantastic – they have given me a foundation in physics and math to be able to study anywhere for engineering,” Loper said. “Also, the breadth of courses needed to get my associates degrees required me to take classes outside of my comfort zone, which also helped a lot with preparing me for Stanford.”

Outside of academic programs, Loper said that he felt that the campus community of professors, staff and administrators really supports the veterans.

“Mesa’s campus is super veteran-friendly, I am really glad that I came here,” Loper said. “It seems like the school is invested in the VRC and SVO, we see President Luster at a lot of our events, the professors seems to really understand some of the issues that are going on with veterans as we transition into school. and the fact that the school funds a place like the Veterans Resource Center with all the stuff that it has is amazing.”