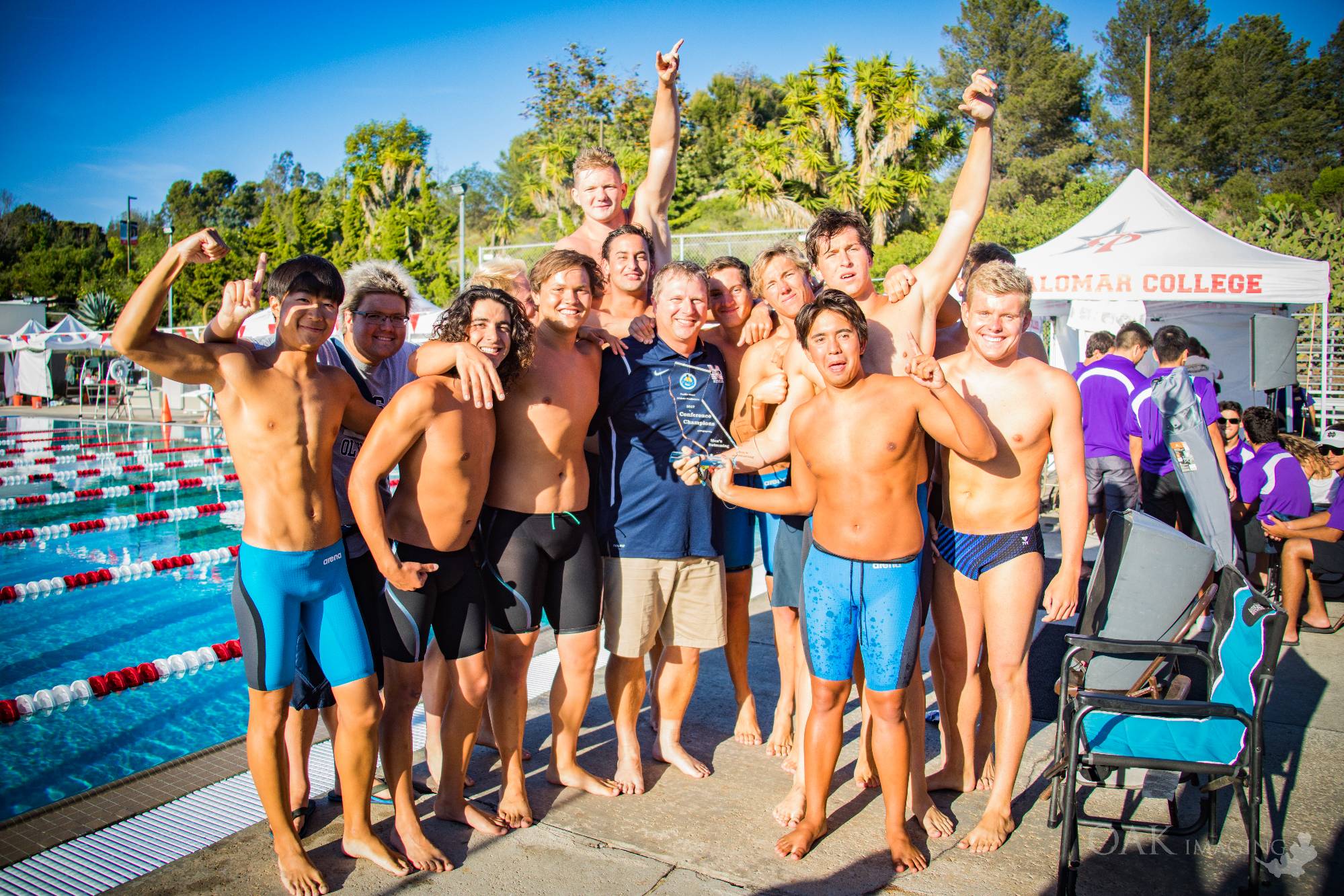 Swimming and Diving Coach Nathan Resch said that this is the third year in a row that Mesa College has made the top 10 in the state competition.

“It has been an exciting time and it’s great to be at that level, consistently, every season,” Resch said. “We had a great meet and a lot of guys really stepped up and had some great swims. I think there is a tradition now of success and that helps to increase competition and build comradery in the pool.” 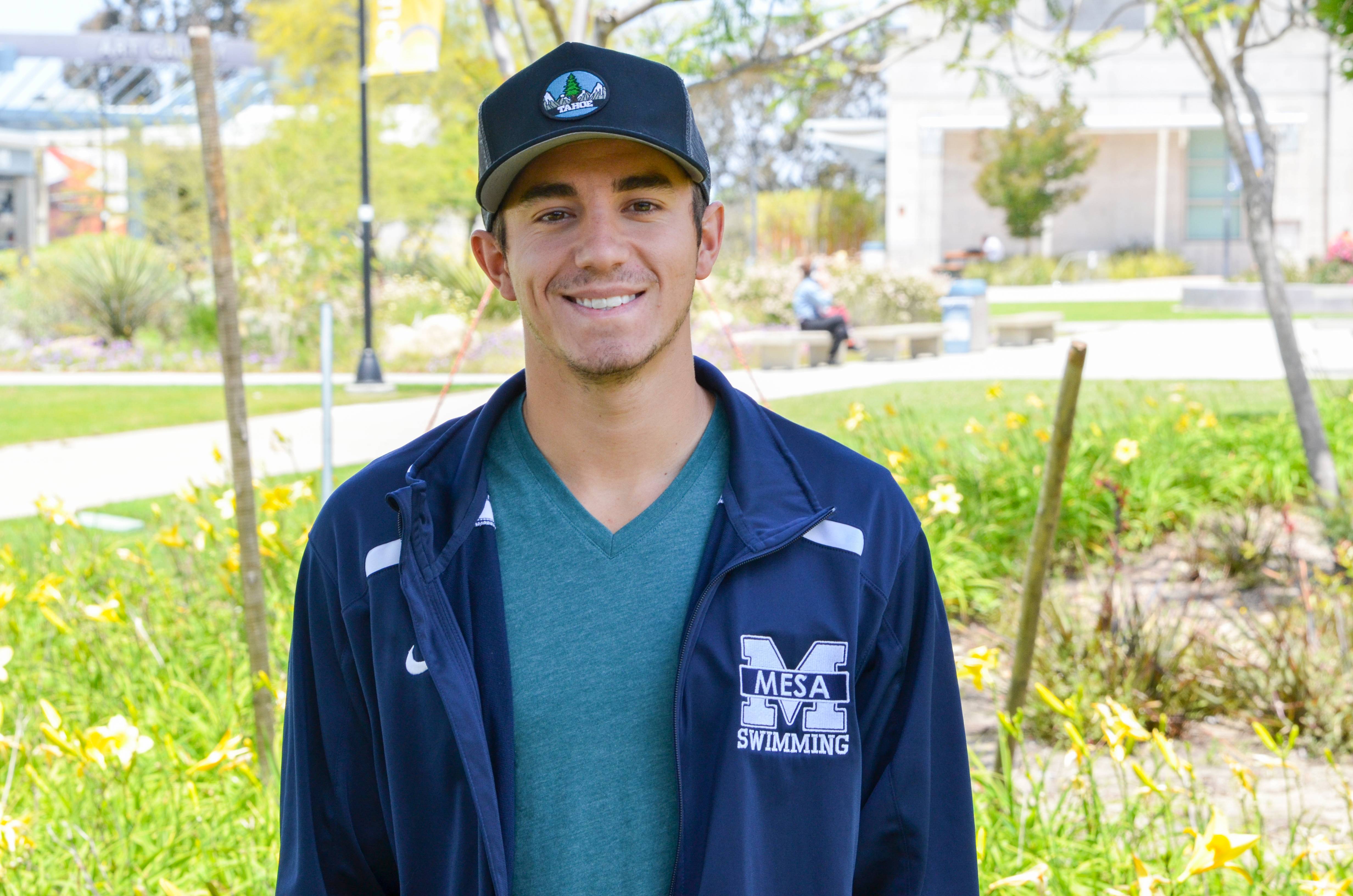 “Evangelista works really hard in practice and in the weight room, and he has led the team in both areas, really setting an example by pushing himself with interval training,” Resch said.

This year, Evangelista received a PCAC Men’s Athlete of the Week honorable mention for the week of April 24. Transferring to Milligan College in the fall semester, he graduated from Mesa College last month with an Associate Degree in General Studies. He attributes the success of the team this year to everyone working together as a family.

“Almost everywhere you go you have cliques, but this year it all seemed to disappear,” Evangelista said. “This year, there wasn’t pressure on any one person, everyone had to hold their weight, and that’s what I am going to remember most.” 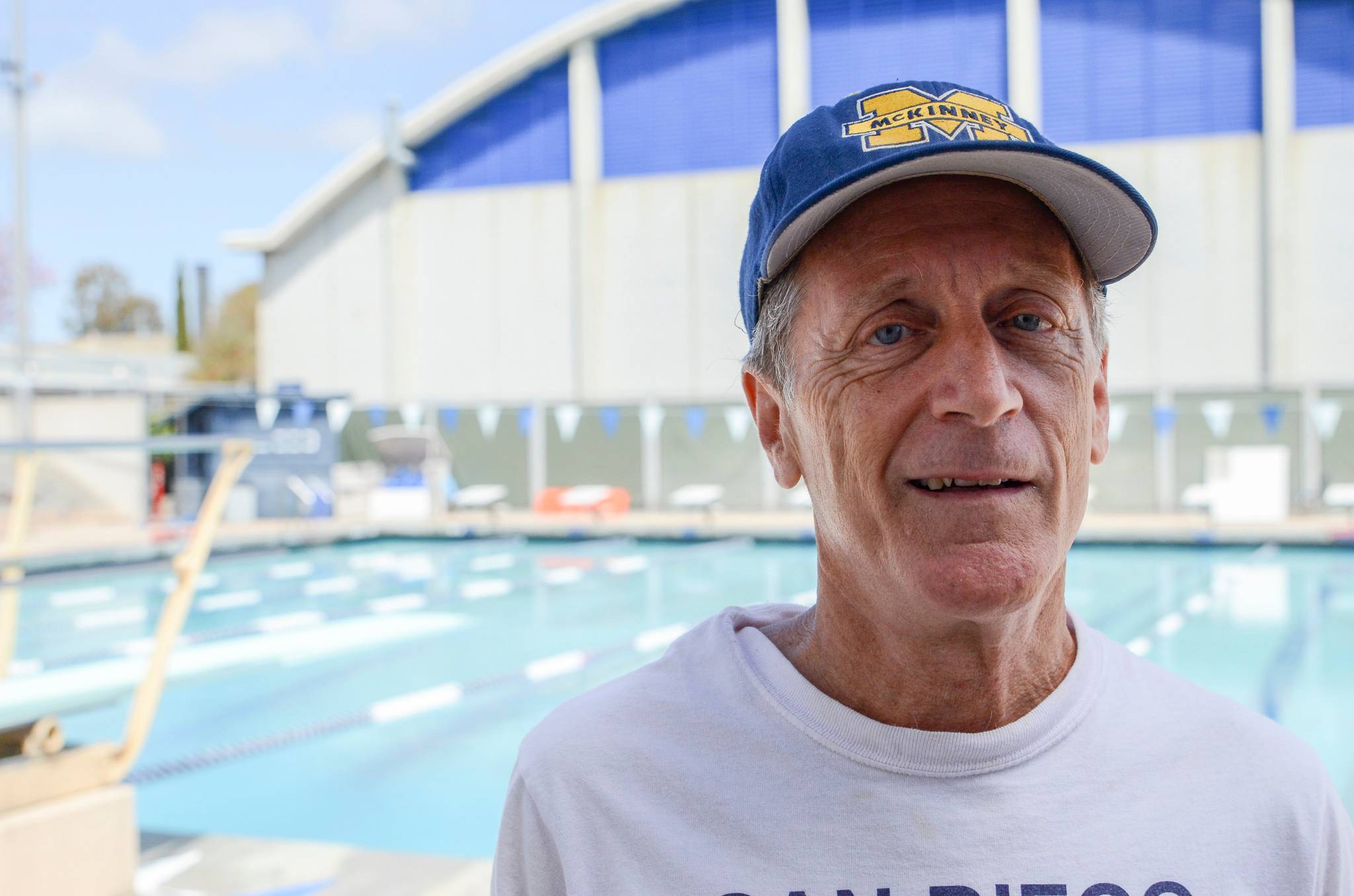 Resch said that at age 63, Diver McKinney’s athleticism, teamwork and experience have been fundamental in his success as a diver, and have added to the success of the swimming and diving team as a whole.

McKinney started diving at a lake in Kansas when he was 11-years-old after seeing another kid do a cutaway dive.

“It was the craziest thing that I had ever seen and I learned the cutaway dive that day,” McKinney said.

He went on to join his high school diving team, which didn’t have a formal coach. Later, he taught his two sons to dive as well.

Coming Mesa College was his first time having formal coaching, and he said that it helped him to overcome his fear of a bigger trampoline bounce on the diving boards. During the week of March 20, McKinney received an honorable mention for PCAC Men’s Athlete of the Week.

“McKinney has been really inspirational to the whole team, with his spirit in particular, in terms of team comradery and what he does to contribute,” Resch said. “He has a great understanding and a good perspective on how we really work as a swim and dive team.”