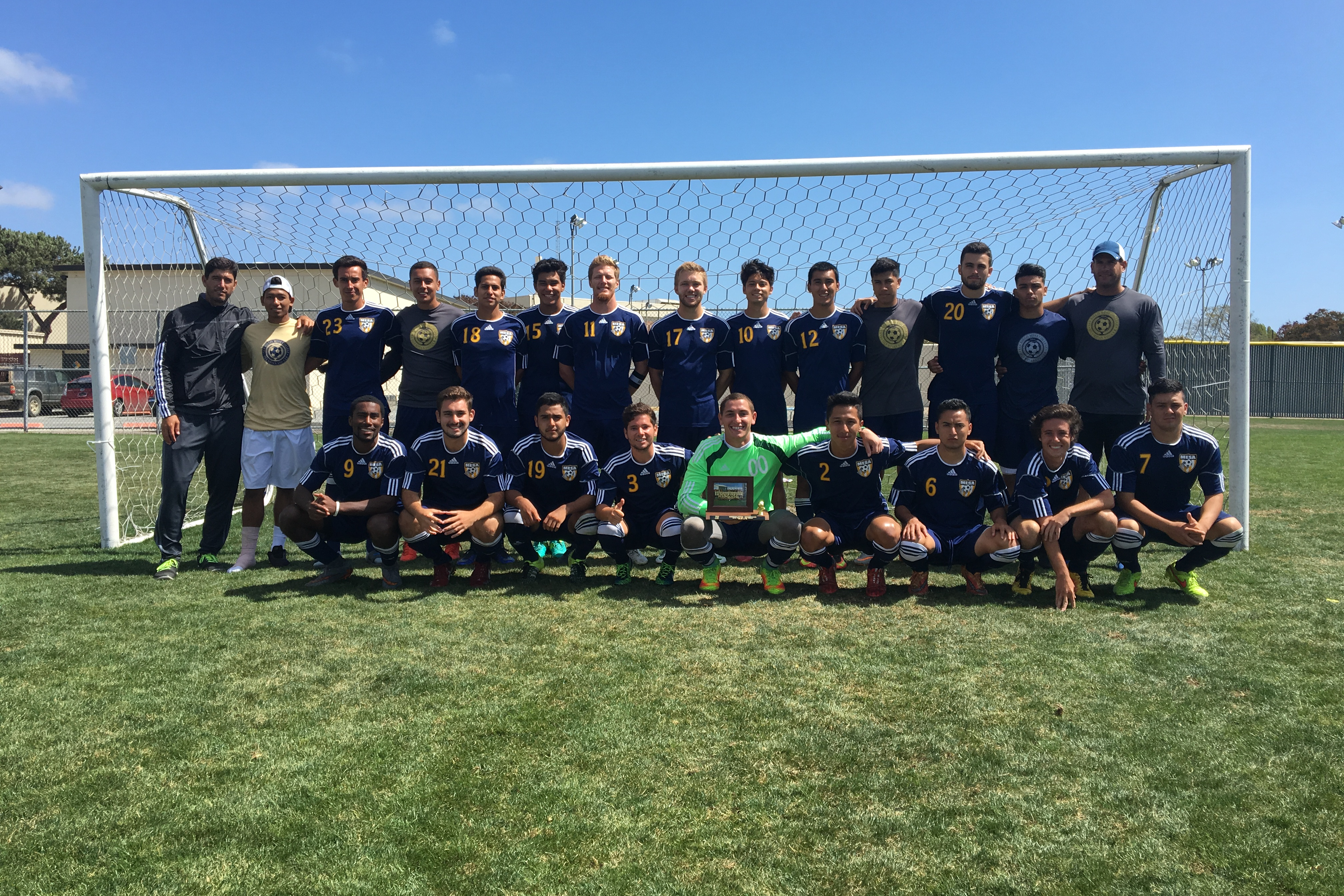 Entering the playoffs for the second year in a row, the matchup is reminiscent of last year, where Mesa was defeated by Oxnard in the regional semifinals. This year, however, the team feels confident that they have what it takes to defeat the reigning state champions.

Assistant Coach Duarte Andrade, who is in his second season working with the team, sees this game as a sort of rematch.

“We’re just way more organized defensively, we’re just a tough team to beat,” Andrade said. “I know we’re going to be really difficult to break down – our biggest key to the game is trying to get on the board to score early.”

Prior to going to the playoffs last year, Mesa’s men’s soccer team had not been to the playoffs since 2003. Andrade sees the close-knit relationship between the players as being a paramount reason for success this season.

“We’re definitely a family unit, everyone gets along great, and that’s huge – you’ve got to have that team comradery to be able to make the playoffs two years in a row,” Andrade said.

According to Andrade and Head Coach Michael Lopez, some of the key players this season have been goalkeeper Ryan Daniels; defenders Erik Espinoza, Jesse Fuentes, Ryan Frick and Miguel Yerena; and centers Hernan Maldonado and Ryan Becker. Daniels is the reigning PCAC Goal Keeper of the Year, a title Andrade said that he may earn again this year.

Now in his fourth season as head coach, Lopez said that the years of working with his assistant coaching staff has resulted in a cohesive coaching team. This, he said, has resulted in a successful men’s soccer team at Mesa College.

“Now we are a team as a staff – I have great trust in them, and they have more freedom to make their impression on the team felt,” Lopez said. “I think the players benefit from having more perspectives to hear from, and more ears available to them to voice their thoughts and work through some of the challenges that come up as a student-athlete.”

It’s not just the staff that is working well as a team. According to captain and business finance major Becker, the players have been able to bond much better on and off the field this season than in previous years.

Mesa is the number 14 seed, and Oxnard is the number three seed going into the semifinals. The winner of Saturday’s game will have to play and win two more rounds of games to have a chance to go onto the California Community College Athletic Association State Final Four at Ventura College on Dec. 2 and 4.

For more information about San Diego Mesa College’s men’s soccer team, contact Coach Michael Lopez via email at mwlopez@sdccd.edu or via phone at (619) 388-7309.