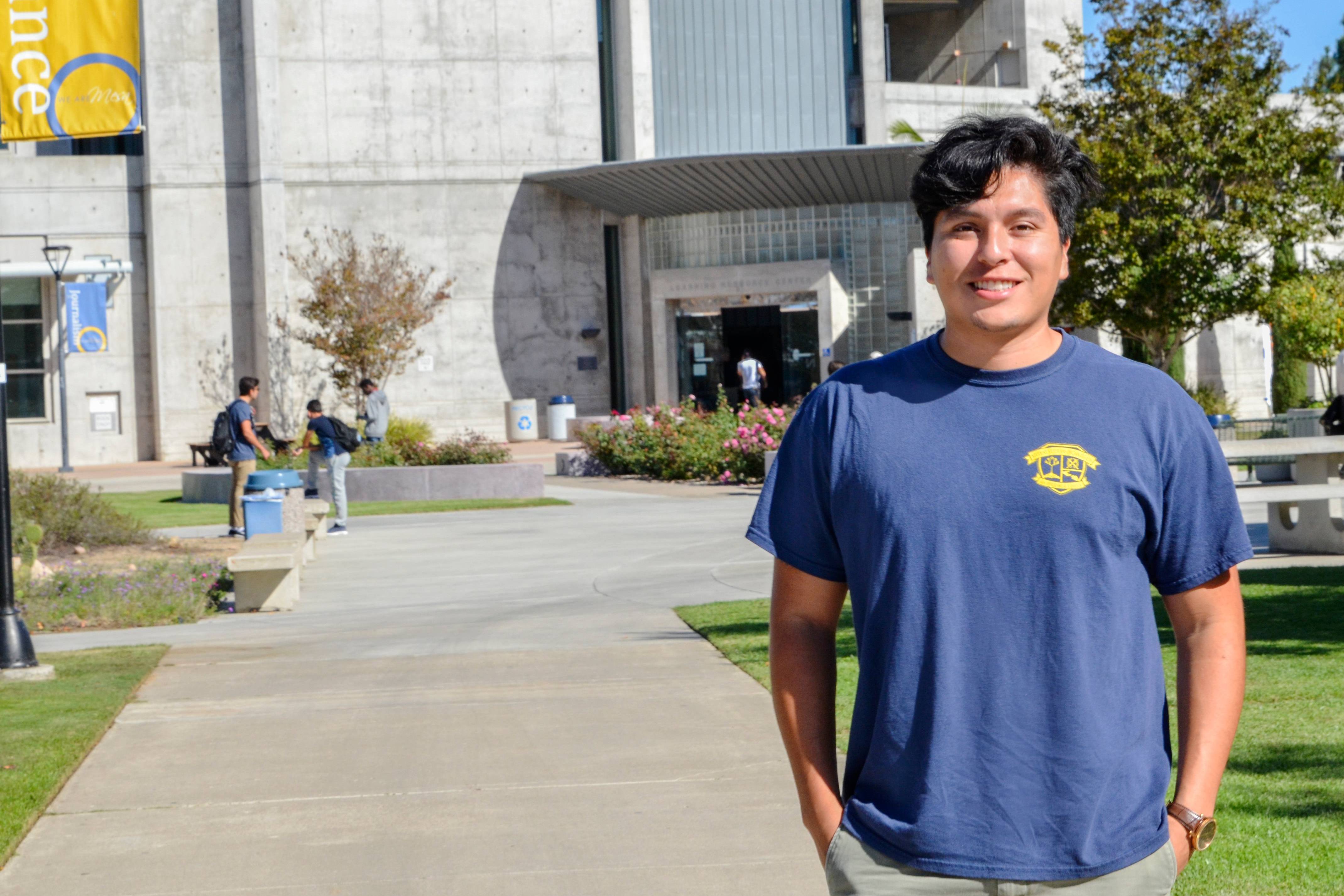 While there are many students that are exceptional at San Diego Mesa College, some of the standout superheroes are our campus’ student veterans. This week, we honor some of these students for Veterans Day through profiles about them and their experiences both in the military and here at Mesa.

Studying as an electrical engineering major, he currently holds a GPA of 3.86 and is the President of Mesa’s chapter of the Phi Theta Kappa Honor Society. In addition to PTK, he is a member of the Student Veterans Organization, Math Club, MATLAB Club and sits in with the Math Research Group. He tutors at Mesa in math up to linear algebra, Calculus III, German and Chemistry up to CHEM 200.

One of his main reasons for joining the Marine Corps was to obtain the GI bill benefits for education and training after serving in the military. Now, as a student at Mesa, he said that the military helped him to transition into adulthood and to strive to obtain a college degree.

“It was transformative – I definitely went in as a very immature person, and when I was in there, I was able to learn so many different things about everything,” Cervantes said. “I got an understanding about why school is important – because I went in as an enlisted – in some sense; I got a good understanding of the value of an education.”

Originally feeling that he should avoid participating in veteran activities on campus, Cervantes has now become a part of the campus community and appreciates all it has to offer for those who have served.

He said that the Veterans Resource Center on campus has opened his “eyes to so many different things,” and that it has helped him to look at schools outside of Southern California. In addition to San Diego State University, Cervantes is applying to Stanford and Columbia because of the knowledge that he gained at Mesa’s VRC.

“I got the chance to visit other community colleges just because other friends go there, and when they come to visit Mesa they’re always amazed at how amazing this school is to its veterans,” he said. “Mesa by far has a better support for the military, which I think is really important.”

During his time serving in the military, Cervantes worked in Camp Pendleton, Hawaii, Virginia, Germany, Kuwait, Kyrgyzstan, Twentynine Palms, Bridgeport, and he spent a year in Afghanistan. The time he spent in Germany inspired to study the German language at Mesa, and he hopes to either get his master’s degree in Germany or to work there for a few years after graduating.

Once he graduates, he hopes to enter the field of renewable energy as an engineer designing more efficient solar panel technologies. Cervantes is pursuing this career path in order to help ensure that society can lose its dependence on fossil fuels and limit the effects of human activity on the climate.

“I like the idea of how it’s almost an infinite source of energy, and if we can figure out how to make solar cells more efficient than what they are right now, then I think it could be a big game changer for the world in general,” Cervantes said. “There’s going to be a point when we’re going to be forced to say ‘no more of this, we’re going to have to renewable,’ and the market’s going to be there.”

He was a cook in the food service sector of the Marine Corps, and one of his proudest moments was when he competed in culinary competitions. He and his sergeant took first place in one such event during the Chef of the Quarter Culinary Competition at Camp Pendleton on June 5, 2013.

Cervantes is the second youngest of four siblings, the youngest of which is currently deciding between going to college and going into the workforce. He tries to demonstrate for his sister the benefits of going to college. His hobbies include drawing, working out and volunteering through the SVO. He listens to a variety of music, including rap, hip hop, indie rock, rock and country.

“[Mesa’s VRC] makes me want to be the best me that I know I can be,” Cervante said. 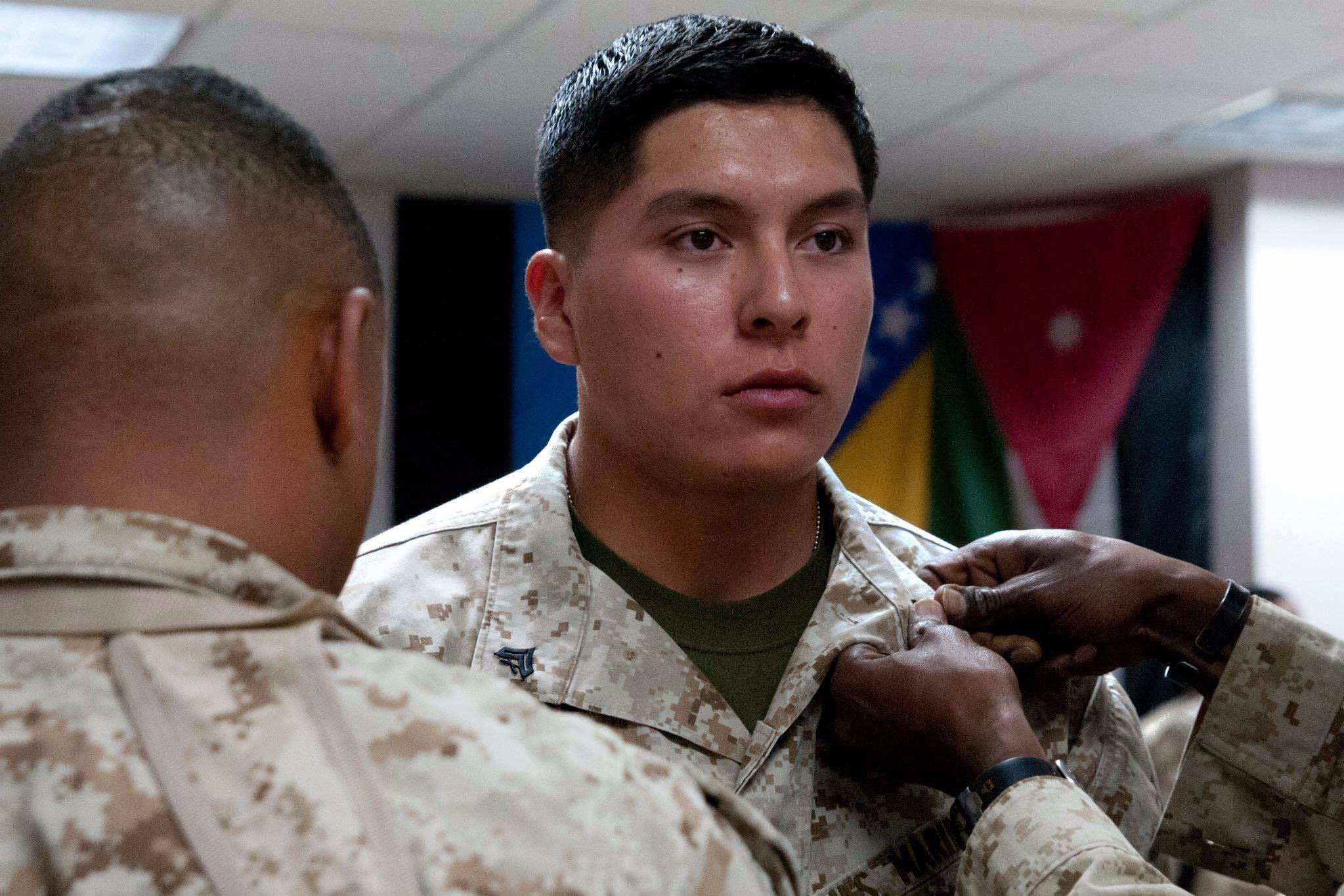