‘Get Your Voice Heard’ Encourages Students to Get Involved in Politics 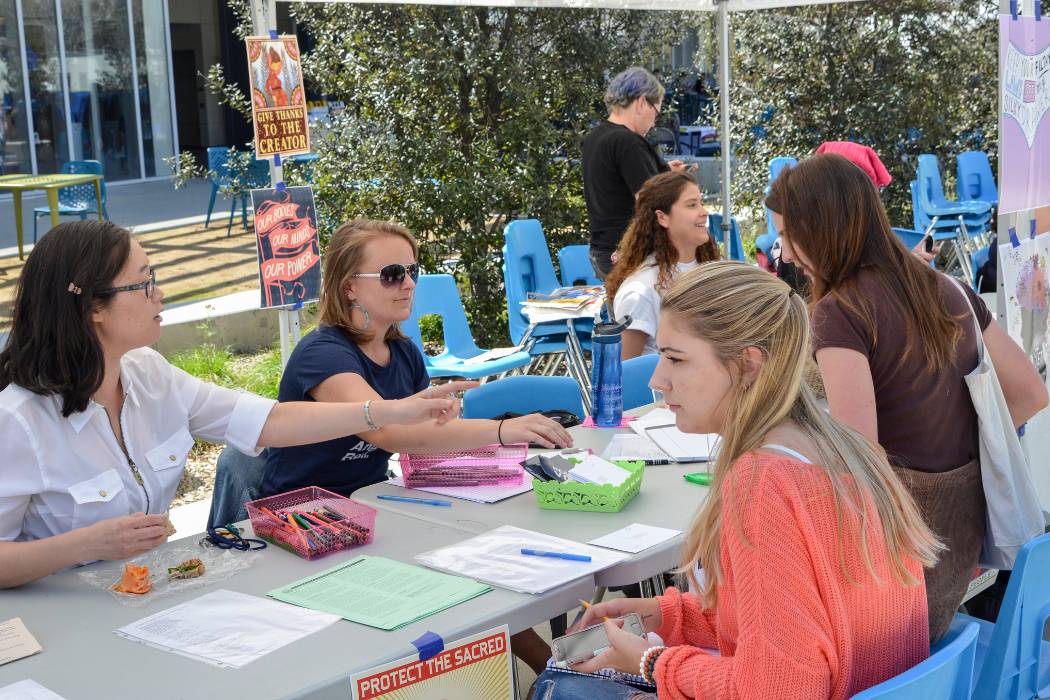 “We decided to create a day where students could participate in democracy and basically get their voices heard and be civically engaged,” said Kimberly Lacher, Assistant Professor in English. “One of the reasons why we decided to have this day is that after the election, sometimes it seems like the enthusiasm dies down, so it’s nice to keep the momentum going and keep students aware, engaged, knowledgeable and active in what’s going on.”

During the event, participants created political posters and wrote postcards and letters to President Donald Trump, Senators and Congress representatives about the issues they felt were important to them.

History Professor Gloria Kim, another member of the Women’s Studies Advisory Committee, said that the activism that has been taking place in the United States since last November was one of the main inspirations for this event.

“We wanted to keep the energy going and empower students to let them understand that they do have a voice in our democracy and they should start speaking up,” Kim said. “We’re helping them with the first steps of that, and that usually is how to contact your congressional representative, who is your congressional representative and what are the issues students care about.”

Ashley Andris-Olech, a student majoring in History at Mesa College, is the Secretary for the Women’s Alliance Club. She said that she was motivated to participate in “Get Your Voice Heard” due to her concerns over the state of politics at the moment.

“The actions of this administration concern me,” Andris-Olech said. “The most positive thing that I’ve seen today is people sitting down writing letters. All that really matters to me right now is swamping the politicians with letters to eventually get our voices heard.”

For more information about the Women’s Studies Advisory Committee or the “Get Your Voice Heard event, contact Gloria Kim at gkim@sdccd.edu.