Fashion Technology to Strut Its Stuff at Mesa 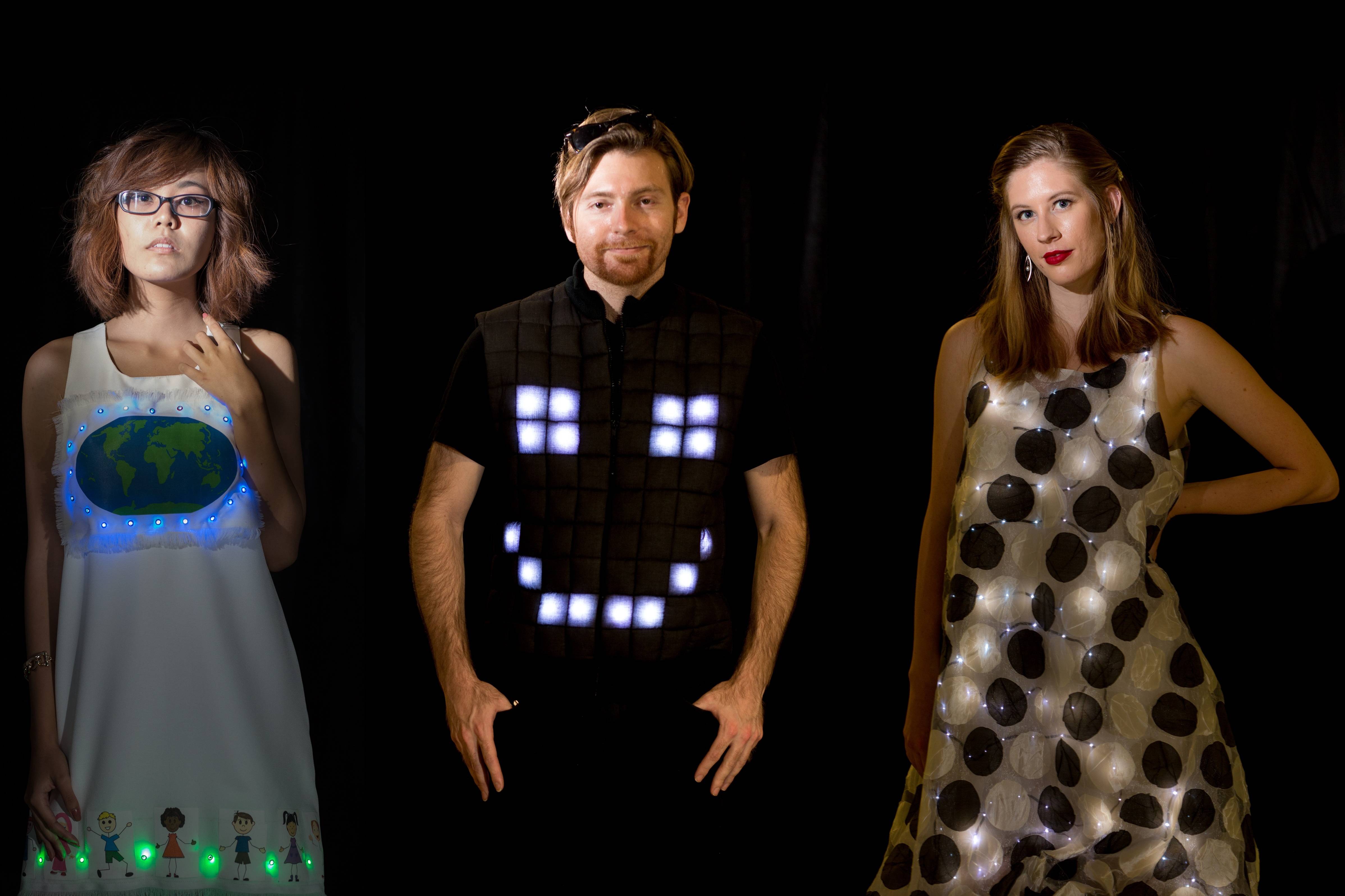 Originally premiered during an event at Visions Art Museum at Liberty Station, the small intimate fashion show is now being followed up by a second show on campus so that a larger audience can view the outfits. Models will don student and faculty designed outfits while walking from the second floor to the first floor of the LRC as Fashion professor Susan Lazear commentates.

Collaboration between the fashion students and the Mesa Robotics Club made the technical elements in the 2016 Golden Scissors Fashion Show possible, and this semester students worked with Devon Merrill – an engineering major at University of California, San Diego – to program their outfits.

Lazear said that he got involved with technology-inspired fashion after working with his mother Rachel Merrill on her design for Mesa’s Golden Scissors during the spring semester. Inspired by her use of fiber optic filaments in the Best of Show for Creativity-winning dress, he decided to get more involved with programming outfits with students at Mesa this semester, Lazear said.

Merrill used his electronics background during the fall semester to teach fashion students and faculty at Mesa how to incorporate technology into their designs.

“He went greater in depth than we had before, teaching us about basic electronics, how to solder, how to light things up, a little bit on programming and then the students each had to make a garment,” Lazear said.

Aside from smart watches, fit bits and other electronic health jewelry, Lazear said that the current trend of technology in clothing is mostly for effect, but things may change in the future for clothing in the market.

“Down the road they’ll make clothes that sense your heartbeat, some people have done things that sense stress or air quality – that the color changes when the air quality gets poor – it can sense motion, they can do a lot of different things,” Lazear said.

The show on Dec. 7 will consist of 18 student-created pieces by 11 Mesa students and four faculty designs from three faculty members.

For more information about Mesa’s Fashion Department, contact Susan Lazear via phone at (619) 388-2205 or via email at slazear@sdccd.edu.

The photographs that correspond with this article were taken by photographer Howard Ming as promotional materials for the Fashion Department. They feature student-designed outfits, worn by models for their show on Nov. 12. From left to right is model Chrissy wearing Nada Zein's World Dress, Spencer Levine wearing Devon and Rachel Merrill's Black NeoPixel Vest, and Chloe wearing Anna Walden's Bubble Dress.