AS President, Student Trustee Fakhrabadi Supports Equity as a Student 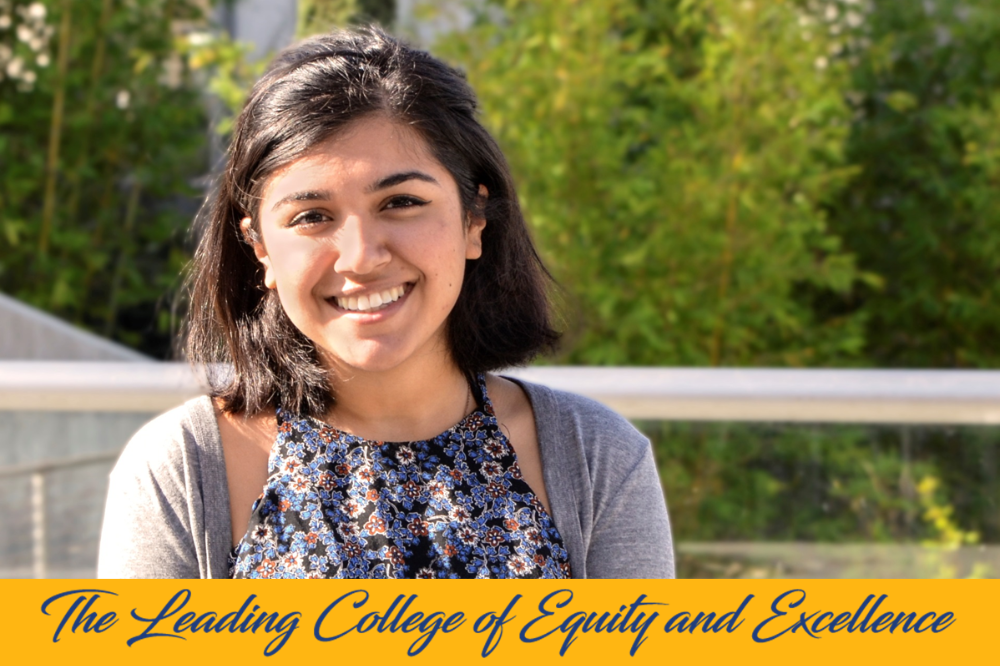 Double majoring in political science and philosophy, one might think that she wouldn’t have time for much else, but 19-year-old Ava Fakhrabadi is able to maintain a 3.89 GPA while balancing life between being a student, AS president and Student Trustee - and preparing to be the student commencement speaker on May 20.

Recently accepted to both thge University of California, Berkley and UCLA, after graduating this spring Fakhrabadi plans to transferring to one of the two and later going to law school to practice either constitutional law, human rights or criminal justice.

Though she used to participate in Honors and Persian clubs, her presidency for the Associated Students now means that to truly be an objective leader, she can no longer participate in individual clubs.

That, however, hasn’t stopped her from being connected to the community at Mesa College. Her best memory of Mesa thus far has been the AS tailgate event that she helped to organize, which took place before the homecoming football game on Oct. 15, 2016.

“We have never really done anything like that before, and being able to see students hanging out on a weekend at Mesa – still being here and having fun together – that was a really amazing experience,” Fakhrabadi said. “I felt like I was getting to know people and it was really, really fun.”

One of her favorite instructors at Mesa is political science Professor Michelle Rodriguez.

“I have her for a three-hour class and I never get bored,” Fakhrabadi said. “I think she is so knowledgeable and I love that she is so ready to have a conversation with students, rather than just getting information out there.”

After being accepted to four-year colleges as a high school student, Fakhrabadi decided instead to attend community college in order to later apply and be accepted to one of her top school choices. Originally choosing to attend Mesa so she could join the Honors program, she said that both the quality of the Honors program and the campus proved to be much more vibrant than she had hoped.

“Coming here completely changed my mentality about school and how to look at community colleges,” she said. “I feel like I was really arrogant before, and I think that changing that mentality and gaining a new perspective was something that was really difficult for me at first – now I am so happy that I am at community college, and I am trying to get everyone that I know to come here.”

In some ways, she said, her college experience has been shaped by her cultural background.

As the daughter of an Iranian refugee and a Mexican immigrant, the appreciation of diversity through a lens of equity and excellence is near and dear to Fakhrabadi’s heart.

“To me, equity and excellence means an opportunity for everyone to succeed,” she said. “Success doesn’t even mean getting an A in a class. I think success can mean being happy and smiling, making sure that your experience on your campus is not affecting your health negatively or your mental health, making sure that you have friends on campus and support systems and enjoying your time here on campus.”

If you want to tell your story about equity and excellence on campus, contact Lauren J. Mapp via email at lmapp@sdccd.edu.