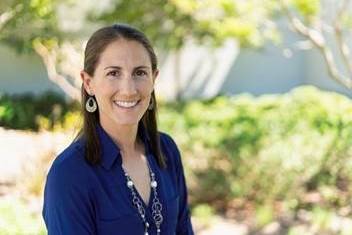 San Diego, CA. —San Diego Mesa College has announced the official appointment of Lindsay Samaniego as the new Women’s Basketball Coach for the Olympians. Samaniego joins the Olympians after six seasons at the helm of the Cal Lutheran women's basketball program, where she guided the Regals to a 91-66 record while making five straight appearances in the SCIAC Postseason Tournament, two of those appearances in the SCIAC Postseason Tournament Championship game. Samaniego boasts a 62-34 record against the SCIAC in her six seasons at Cal Lutheran.

“Choosing Mesa College was an easy choice, and I am excited to be a part of the Mesa family,” stated Samaniego. “The more I learned about Mesa and its focus on becoming the leading college of equity and excellence, the more I wanted to become a part of a place where everyone on campus wants to see all our students succeed not only on the playing field, but also in the classroom.”

Samaniego was hired as the head coach of Cal Lutheran women's basketball in the summer of 2013. She began a new era for CLU with a team that included 10 freshman and one transfer, and she led them to a 13-13 record and a SCIAC Postseason Tournament appearance in her first season. While at Cal Lutheran, Samaniego was honored as a recipient of a 2019 40 Under Forty Award by the Greater Conejo Valley Chamber of Commerce.

“My goal as a coach is to be sure our student-athletes are challenged mentally, physically, and emotionally to prepare them for life after college,” said Samaniego. “I also want to make sure that we do everything that we can to assist our student-athletes to transfer into four-year programs.”

A native of Southern California, Samaniego also served as the head coach at Moorpark College for six seasons. During her tenure at Moorpark, her squads advanced to five consecutive CCCAA playoff berths and an Elite Eight finish in 2012-13, which was the best program finish since 1996. Samaniego accumulated 94 victories, with 15 or more in all but one season, at the helm of the MC women’s basketball program after being named the head coach at the age of 23. During the 2012-13 season, the Raiders produced 19 wins and Samaniego had seven scholar athletes as well as a Second Team All-State player.

Her playing days began at El Camino Real HS where she was a letter-winner in basketball, volleyball and softball. She went on to play both basketball and softball at Moorpark College before transferring to San Diego State where she was a walk-on point guard for the Aztecs for two seasons, and gave the Aztecs added depth at the point guard position.

Among the largest community colleges in California and the nation, San Diego Mesa College is a fully accredited, comprehensive college serving 24,000 students and offering 196 associate degree and certificate programs. Mesa College Athletics offers 21 men’s and women’s sports, and the Mesa Academics and Athletics Program empowers student-athletes to identify and achieve their educational, career, athletic and personal goals. The support program guides student-athletes to obtain an educational degree while meeting California community college and/or transfer eligibility requirements. Mesa ranks as San Diego’s top transfer institution, with small classes, outstanding faculty, and reputation for quality offer an unparalleled academic experience. As a Hispanic Serving Institution, Mesa College is committed to becoming the leading college of equity and excellence and to the success of all students, including underrepresented students, and more than 2,400 veterans and their families. www.sdmesa.edu.