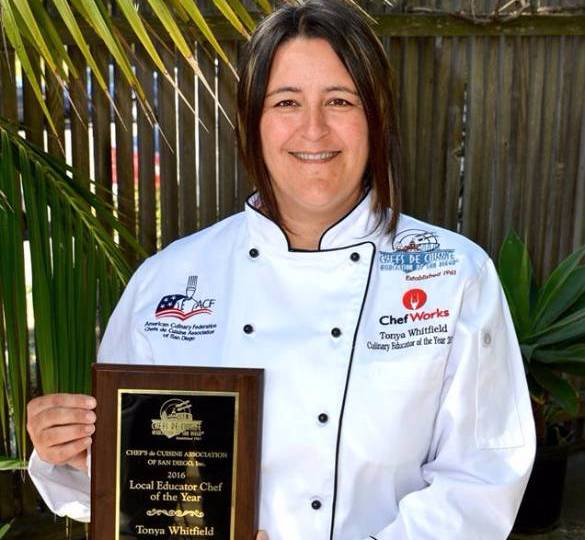 Tonya Whitfield, Assistant Professor of Culinary Arts/Culinary Management, was awarded the Culinary Educator of the Year award by the Chefs de Cuisine Association of San Diego, a chapter of the American Culinary Federation.

“I was surprised to receive such a great honor,” said Whitfield, who became the second Mesa professor to be named Culinary Educator of the year since Robert Reid won the award in 2013. “Mesa’s Culinary Arts program has been expanding over the past several years and is very competitive. I'm proud to be part of it.”

Whitfield was given an official ACF jacket, a plaque, and a $300 equipment scholarship. She also took part in the St. Patrick’s Day Parade in Balboa Park, riding alongside the ACF Chefs de Cuisine President and the Chef of the Year.