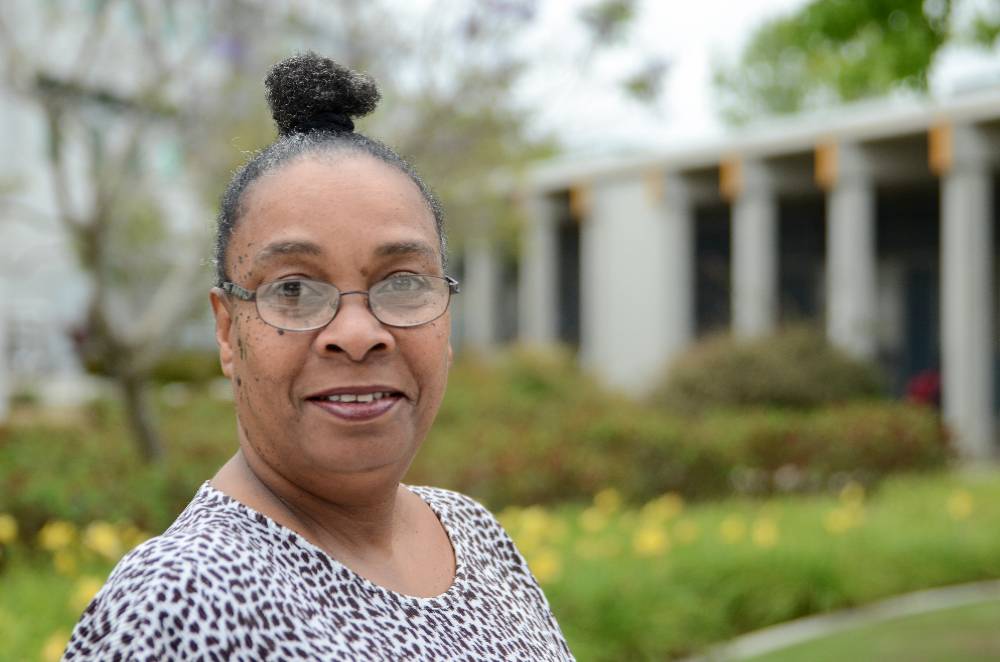 San Diego Mesa College student Joan Freeman is a U.S. Air Force veteran and will be graduating this year with an Associates of Science in Culinary Arts and Culinary Management. After Freeman receives her degrees she hopes to start her own catering company. Until she can get the funding to make it happen, she plans to work with other caterers or volunteer her time at places like Father Joe’s Village or Kitchens for Good at the Jacob Center.

In November 2010, Freeman enrolled in the Culinary Arts Program through San Diego Community College District’s Continuing Education. During the course of the year-long program, she was so impressed that she decided to continue her culinary journey by enrolling at Mesa. Freeman chose Mesa College because of the outstanding Culinary Program.

After researching Mesa and Grossmont, she felt that she would get a better well-rounded experience with Mesa, and that’s exactly what she said she got. She felt that Mesa’s program offered skill building and career enhancement, whereas Grossmont’s program was geared more towards showmanship. At the age of 57, she returned to community college with one goal in mind and that was to earn her Associates in Culinary Arts and Culinary Management.

“I knew the road was going to be rough but I had faith that with the help of the Lord, I would make it,” Freeman said.

Freeman was struggling in math and Spanish classes, but because of her military service she received credit for several classes, which she said was a big help.

Around the time that she made up her mind to go to Mesa, the federal government approved a training program for veterans between the ages of 35-60 who were not working and wanted to learn a new skill. The veterans would receive $1,600 a month for 12 months, and this was Freeman’s confirmation that college was where she was supposed to be.

Freeman’s favorite memory of Mesa was marching every year in the Martin Luther King parade. She was a cheerleader in high school, so it brought back great memories; she led chants for Mesa as she marched. Freeman said that everyone got involved, and it felt good representing Mesa College in unity. Over the three years that she was at Mesa, she had many challenges in her life “but God was with her and worked them out for her.” Freeman said, it took her, “three years nonstop to complete her degree, but by the grace of God, I did it!”