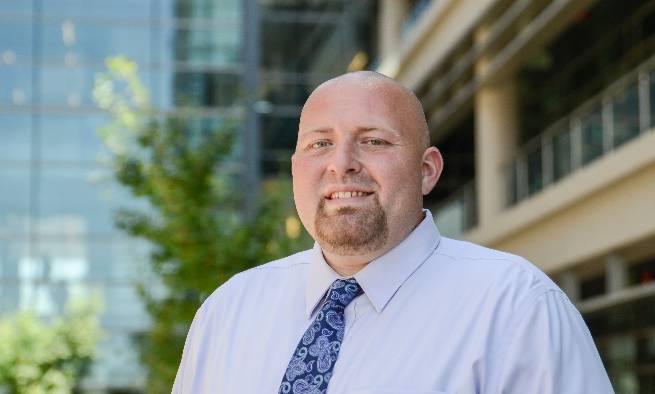 Newly hired Mesa College Dean of Athletics, Ryan Shumaker is a native San Diegan, who grew up in East County. After graduating from West Hills High School, Shumaker started his college journey at Cuyamaca College as a first generation college student where he majored in Business. He competed on the basketball team, and threw for track and field, earning All-PCAC honors during each season. Shumaker then transferred to Southern Illinois University- Carbondale (SIUC) where he threw shot put, discus, hammer, and weight for the top NCAA Division 1 College program in the country.

While at SIUC, Shumaker earned a Bachelor’s of Science degree in Business Management and a Master of Business Administration in Marketing. In 2017 Shumaker earned his Doctorate in Educational Leadership with an emphasis in Community College and Postsecondary Education from San Diego State University.

Shumaker is extremely excited about being part of the San Diego Mesa College family.

“This institution has welcomed me with open arms and I look forward to working here for many years to come,” Shumaker said.

San Diego Mesa College has 21 men’s and women’s sports teams, with an average of 220 student-athletes per semester. To attend games at Mesa College or learn more about athletics, go to, www.sdmesa.edu/althletics and http://www.gosdmesa.com.