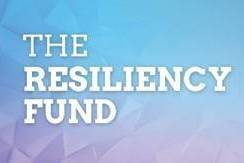 San Diego, CA. — On December 25, San Diego Mesa College announced that donations to The Resiliency Fund reached $100,000, and has since raised over $1,000 more.  This is historic for the College, as this is the highest level of giving ever reached in a fundraising campaign. The Resiliency Fund will be a sustainable long-term financial reserve used to assist students in need, and thereby decrease their risk of dropping out of class or college.

“In this season of giving, its truly amazing that donors have stepped up to support this fund,” stated Mesa College President Pamela Luster. “This will really help our students meet their basic needs so that they can focus on homework instead of hunger or housing."

Completing their education isn't only good for students; it's good for San Diego. Recent analysis has shown that current and former Mesa and San Diego Community College District students were responsible for generating $4.3 billion to the local economy in the 2018-19 fiscal year according to a new study from an Idaho-based labor market analytics firm. While this is a substantial impact, concerns for student success arise when the Hope Lab Community Colleges #RealCollege Survey showed that nearly 50% of Mesa College students are struggling with food insecurity while another 18% lack permanent housing.

Since its official launch in September 2019, the San Diego Mesa College Resiliency Fund Campaign has been receiving – on average - $1,000 per day in donations, with total donations up to $101,376 as of January 6, 2020. Leading donors who made this possible include California Coast Credit Union, which provided an Olympian Gold sponsorship, and a generous bequest from Mesa Alumnus Warren Rigdon.

Donations to The Resiliency Fund can be made through the Mesa Foundation at www.sdmesa.edu/ResiliencyFund.