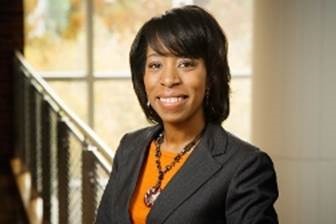 San Diego, CA — Today, San Diego Mesa College will host the Advancing Racial Justice and Equitable Outcomes in Community College Institute, scheduled for Sept. 12 at San Diego Mesa College, is the third such meeting organized by the University of Illinois Office of Community College Research and Leadership. Issues of race on community college campuses will be the focus of the conference.

Community college faculty and staff members attending the institute will learn about defining issues of race and educational equity on their campuses and begin developing action plans to improve their learning environments and promote equitable outcomes for all students.

At educational institutions of any level, there is a tendency to avoid discussions of race and racism, said Eboni Zamani-Gallaher, the director of OCCRL. “However, campuses are experiencing in very powerful ways some of the increasing social unrest associated with racial and ethnic demographic shifts in the U.S., growing income gaps among these groups and racial tensions related to immigration.

“College campuses are mirroring society, and we’re seeing spikes in racial bias incidents on community college campuses and greater prevalence of racialized antipathy and hate crimes. These are things that we need to be pushing against and lift the veil on.”

The Office of Community College Research and Leadership received funding from the Lumina Foundation to host a series of free institutes on racial justice and educational equity issues for community college faculty and staff members across the U.S. Eboni Zamani-Gallaher is the director of OCCRL.  Photo by L. Brian Stauffer

From 2006-16, Zamani-Gallaher said, one in five hate crimes reported to the U.S. Department of Education occurred on community college campuses, and 35% of those were race-related hate crimes. The most commonly reported types of incidents involved racial bias, she said.

Following the racially motivated violent demonstrations at the University of Virginia in 2017, the Lumina Foundation awarded $1 million in grants to colleges and universities for projects intended to promote tolerance, understanding and healing on their campuses and in their broader communities.

Among the projects that were funded was OCCRL’s plan for three free institutes on racial justice and equity for community college faculty and staff members in different regions of the U.S.

In selecting sites for the institutes, Zamani-Gallaher and J. Luke Wood, who serves as co-principal investigator at the partnering Community College Equity and Assessment Lab at San Diego State University, looked at colleges that reported high incidence of hate speech and race-related hate crimes. They then zeroed in on areas where race-related hate crime was the predominant form of such crime in the community college sector.

Attendance at the institutes held in Chicago in July and New York in August was 185 and 150 people, respectively. All 200 of the seats for the upcoming conference in San Diego have been filled, Zamani-Gallaher said.

When such problems in higher education are brought to the fore, community college campuses often end up being an afterthought, Zamani-Gallaher said. “And that’s curious because among postsecondary institutions, two-year colleges have some of the most culturally pluralistic student bodies.”

However, as with many four-year institutions, top-level administrators and faculty members at community college campuses are predominantly white males – in stark contrast to their student populations, Zamani-Gallaher said.

Community college officials who attend the institutes are challenged to develop plans for ensuring that their institutions’ programming, practices and policies reflect the cultural backgrounds and experiences of their students.

While the Lumina Foundation’s strategic plan for higher education aims for 60% of people in the U.S. to hold high-quality degrees, certificates or other postsecondary credentials by 2025, higher education currently is not on target to meet that goal, Zamani-Gallaher said.

Racially underrepresented students often cite unwelcoming campus climates as one of the reasons they decide to leave college without completing their degrees, Zamani-Gallaher said.

Among other resources, participants at the institutes receive tools that outline culturally responsive practices for addressing implicit bias, promoting intergroup dialogue and contending with racial microaggressions.

The featured speakers include Ohio State University faculty members Penny Pasque, an expert on facilitating intergroup dialogue, educational equity and diversity; and Stephen John Quay, whose research focus is understanding how students can confront issues of privilege, oppression and power.

Also speaking will be William A. Smith of the University of Utah, who coined the term “racial battle fatigue” to describe the cumulative emotional, psychological, physiological and behavioral effects of racial microaggressions on people of color.

More information about the speakers and the program are available on the institute website.