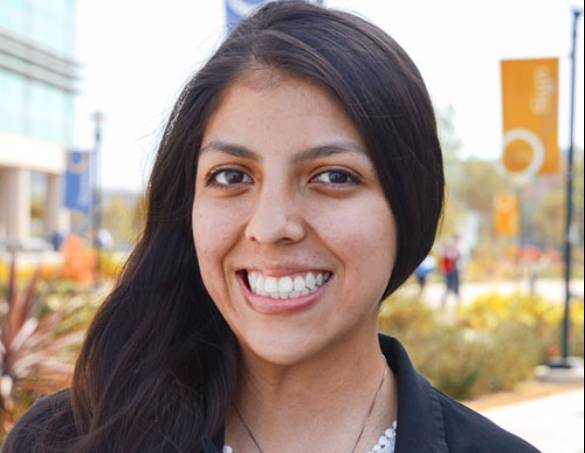 Two of Mesa’s top students have once again been selected as members of the 2016 Phi Theta Kappa All-California academic team.

Carisa Jaimes and Tinh-Tanh Pham-Tran, named to the first and second teams, respectively, were recognized for their academic, on-campus, and volunteer work at the Community College League of California’s awards ceremony in Sacramento on March 24.

Carisa, a first generation college student, graduates this year with an AS in Mathematics and a 4.0 GPA. She plans to transfer to a University of California campus and major in Computer Engineering.

Tinh-Tanh Pham-Tran, an international student from Vietnam, will be the first in his family to graduate from college. He also graduates this year with a 4.0 GPA and will receive an AS in Computer Science. He plans to receive his bachelor’s from SDSU.

Both Carisa and Tinh-Than will be eligible to receive medallions, certificates, stipends, and scholarships.