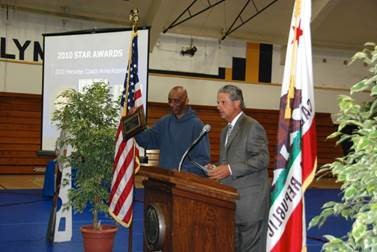 San Diego, CA. — It is with great sadness and deep regret that San Diego Mesa College announces the passing of one of the greatest long jumpers in history, Arnie Robinson, at the age of 72. Arnie Paul Robinson, Jr. had a nearly life-long connection to Mesa College as a student, a coach and a Distinguished Alumni Award Recipient. He lived in San Diego and began his track career as a stand-out athlete at Morse High School. In 1967, he enrolled at Mesa College, where he set school records in the long jump, high jump, and triple jump for track and field.

After graduation from Mesa, Arnie earned a scholarship to SDSU, where he won the 1970 NCAA long jump champion title. The following year he won his first USA Outdoor Track and Field Championships title, qualifying him for the 1971 Pan American Games, where he won the Gold Medal.  In 1972 he again won the USA Championships, and in 1975, Robinson went on to win four straight USA Outdoor Championships.  In the Pan Am Games,  he won the silver medal. In 1976, he took gold  at the Olympics, and in 1977, at the first ever World Cup meet in Düsseldorf, Germany,  he again took home gold. 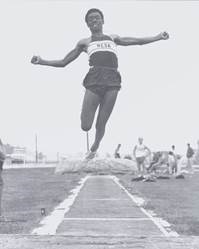 In 1982, he began coaching at Mesa College and served as a Professor in Health and Exercise Science until his retirement.  His 1998 women’s team won the California Community College State Championship.  Robinson retired from coaching and teaching in 2010, after 23 years as the Head Track and Field Coach at Mesa College.  In 2013, Mesa College honored the Olympian Long Jumper by naming their premier high school and college invitational meet, “The Arnie Robinson Invitational”. 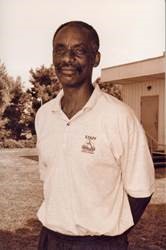 During his 25 years as head coach at Mesa, Coach Robinson’s teams won 15 conference championships, 10 regional championships appearances, and two state championship appearances with one state title. He also coached six state champion student-athletes, with one competing in the Olympic trials and another, Felix Sanchez, winning a gold medal in Athens for the 400-meter hurdles.  Robinson also served as USATF San Diego-Imperial Youth Track and Field Chair for a number of years and mentored thousands of youth athletes over the years.