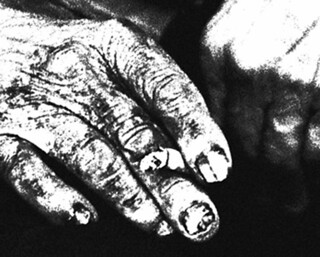 San Diego Mesa College’s Drama Department is bringing homelessness to the stage with an original workshop production entitled, “Un-Sheltered,” a compilation of vignettes based on student interviews with the homeless in downtown San Diego. Free performances are set for Mesa College’s Apolliad Theatre, 7250 Mesa College Drive, May 15-17.

The script for the documentary theatre piece is being written by students and faculty and will be produced and performed by students based on more than a dozen in-depth interviews with a cross-section of the homeless receiving services at St. Vincent de Paul/Father Joe’s Villages and San Diego Youth Services.

“I’ve never done or been involved in anything like this before,” said San Diego Mesa College drama instructor Sheldon Deckelbaum, who led the months-long project involving more than a dozen students in his Experimental Theatre course. “But homelessness in San Diego is such a huge issue, such a visible issue, and I thought it might be a good idea to create a production and work with an organization that is addressing the issue.”

Before tackling the project, theatre students were required to take part in an orientation and training at Father Joe’s Village in which they learned more about the people who call the street their home. Students then spent several weeks interviewing a wide range of the homeless, from single moms trying to raise their children to single men overcoming substance abuse.

Students conducted audio recorded interviews with each of their subjects on four different occasions for an hour each. Then they transcribed the interviews and are incorporating their stories into a play. Students will portray the roles of those individuals they interviewed in the dramatic performance. Nearly two dozen students are involved in all aspects of the production.

“It has been an interesting opportunity for me to learn more about homelessness. It has allowed me to understand the mentality of people who are homeless, and it has allowed me to see how varied the homeless population really is and how the reality of homelessness has little in common with the stereotypes that are out there,” said Dylan Tully, a student planning to transfer to San Diego State University in the fall to study international business.

“The homeless have their own community, and it’s not a happy one, it’s not a safe one, but it is a community,” Tully added. “Everyone I met experienced being robbed or being attacked. They sleep with one eye open because it is so dangerous.”

One of the people Tully met was James, a 51-year-old homeless man who was chasing a career in music when he moved to California some 20 years ago with his band. But the band broke up, and James went to work at the local shipyards. Work was hardly steady, and he hasn’t found a job in 10 years. Along the way, James got into trouble with the law and found himself sleeping on the beach, on front porches, and in laundry rooms before finding his way to Father Joe’s.

Richard Smith, 52, is among the Mesa College students taking part in the production. “I think I was drawn to it not for the theatrical part, but because of the homeless part of it,” Smith said. “It has been incredibly enlightening. I’ve found there are a wide range of people who are homeless for a wide range of reasons. For some, it was a matter of living paycheck to paycheck, something happened, somebody got sick, it doesn’t take much, but before they knew it, they were living on the street.”

Deckelbaum said depending on how the production plays out, he could see it being performed at other venues in the region. Smith is looking forward to the possibility.

“A production like this can have a profound impact and I’m hoping it will play elsewhere,” he said.