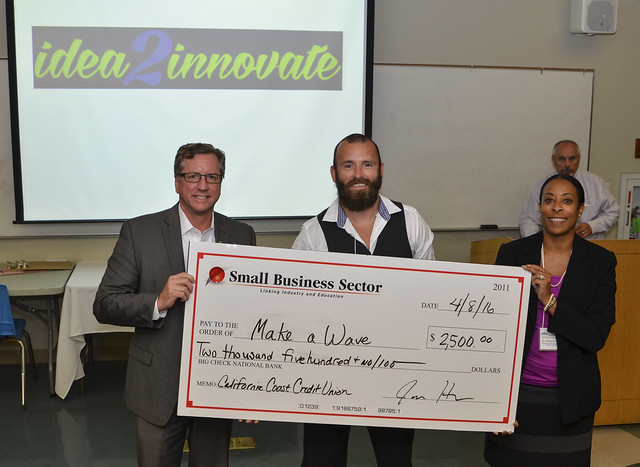 The top eight teams of San Diego’s student entrepreneurs squared off against one another on Friday, April 8 for the final round of the idea2innovate (i2i) idea competition, held at Mesa College.

Mesa student Kevin Kirk took first place, which came with a $2,500 scholarship. Kirk’s business idea, Make A Wave, is a social media platform that promotes acts of kindness and tracks good deeds through the passing on of serialized coins.

Kirk will represent Mesa, as well as the San Diego and Imperial Counties at the “Get a Taste of Success” statewide student business plan pitch competition in Sacramento, CA on May 6.

“All of the student teams were amazing and a real testament to the exceptional students we have here at Mesa,” said Business professor Howard Eskew.