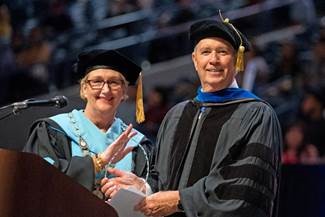 San Diego, Calif. —San Diego Mesa College has opened nominations for the 2020 San Diego Mesa College Distinguished Alumni Award.  The Alumni Award program was established in 2011 to recognize former students who have made significant contributions to society, and whose accomplishments, affiliations, and careers have honored the legacy of academic excellence and equity at San Diego Mesa College.  The award recipient will be announced in March and invited to be the guest speaker at Mesa College’s 2020 Commencement Ceremony scheduled for Saturday, May 30. Nominations are due no later than February 21, 2020. Anyone in the community is encouraged to submit a nomination.

“We are proud of the tens of thousands of students who have attended Mesa College, and of the contributions that Mesa College alumni have made to the people of San Diego and communities beyond,” said Dr. Pamela T. Luster, President of Mesa College. “I encourage everyone to suggest nominees to help us to select our 2020 Distinguished Alumni Award recipient.”

The 2019 award recipient was Dr. George Dionisopoulos, a Professor Emeritus in the School of Communication at San Diego State University. He attended Mesa college from 1969 – 1971, and earned his B.A. and M.A. degrees from SDSU. In 1984, he was awarded his Ph. D. in Communication from Purdue University. After a year at Rutgers University, he joined the faculty in the School of Communication at San Diego State where he taught for 34 years – including hundreds of Mesa College transfer students, faculty and staff. He is an award-winning scholar who has published over forty books, journal articles and book chapters. His primary areas of research concern political issues of the 1960s and the cultural legacy of American involvement in Vietnam.

Nominations for the Distinguished Alumni Award are due by Friday, Feb. 21, 2020. For more information see www.sdmesa.edu/alumni or email jnkearns@sdccd.edu. 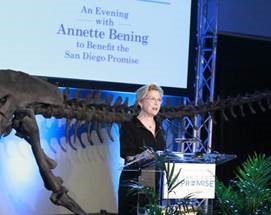