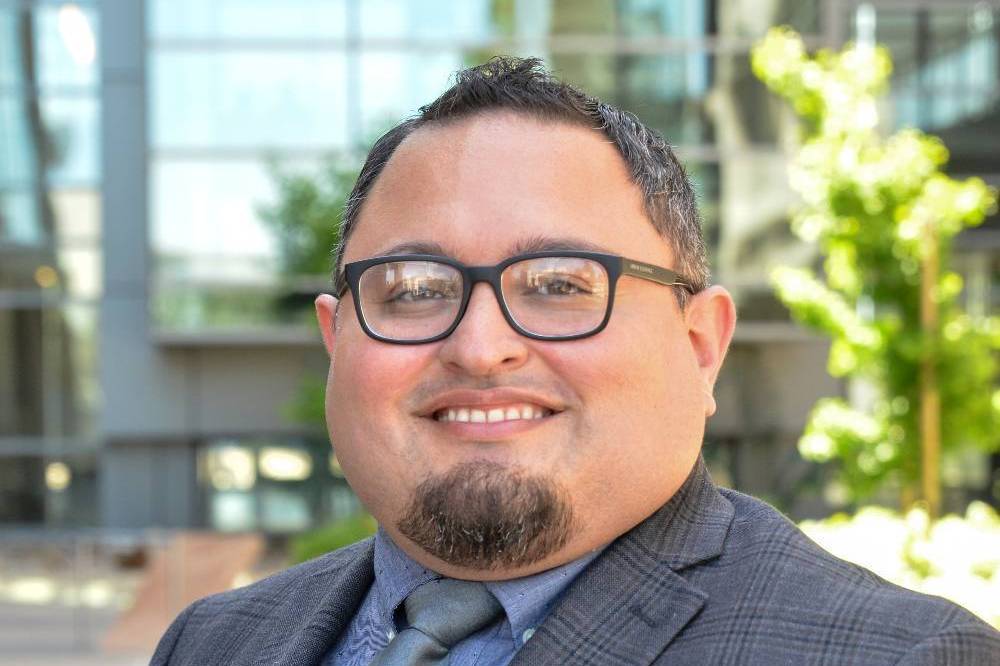 Jasso is looking for a new school and degree program so that he can pursue the field of communications further. He has his eyes set on a Bachelor of Arts in Communications, and hopes to continue this path until he gets his Masters.

Jasso wanted to be more than a student, a Veteran, a father, or an employee. Jasso was unsure of his future but knew that he had to start somewhere. The idea of going back to school meant that he had to make a plan, however hazy that might be.

With every class that Jasso attended, and every instructor/professor that he exchanged ideas with, his plan became clearer. He now hopes to serve the people of his community, and be an example to his kids, hoping that they see the value of education and that it will not dissipate with time. Jasso now has a stronger belief in himself and his talents, and looks forward to implementing them in his next phase of life.

Jasso chose Mesa because when he got stationed in San Diego, he wanted a flexible schedule since his youngest children were just starting school. He wanted to make sure the he would be there to drop off and pick his children up. Plus, the amount of different courses and availability made it a no brainer.

Jasso said that a funny memory about Mesa is, “When I first started at Mesa I had classes in the modular buildings out in the parking lot. All of my classes were there, which was very convenient. However, on the first day I went to the wrong class thinking it was a Chicano Studies class and did not realize it was a Spanish class until almost half way through it. I just thought it was kind of weird that they were going to teach Chicano studies in all Spanish.”