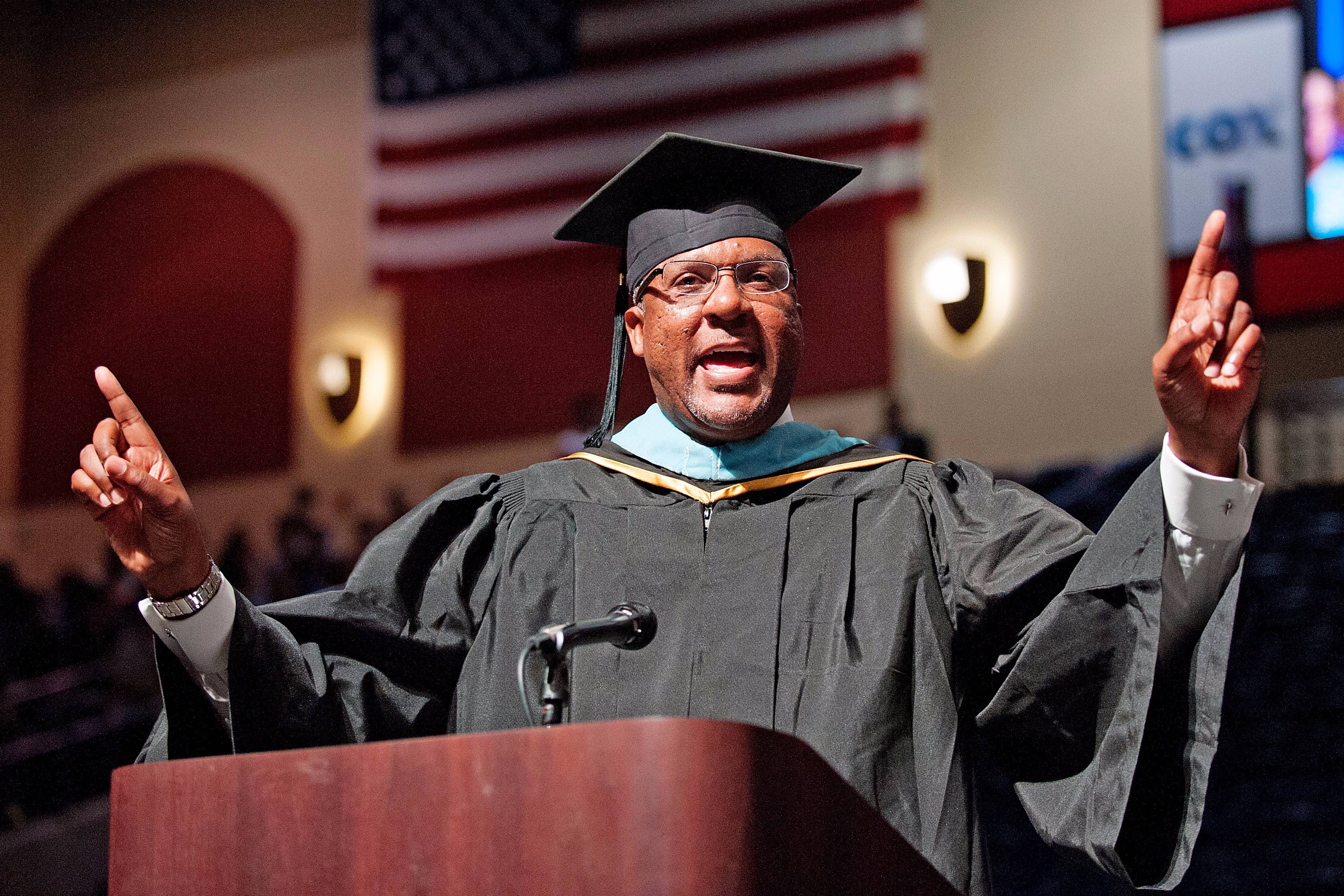 Nominations are now being accepted for the 2017 San Diego Mesa College Distinguished Alumni Award. The award program recognizes former students who have made significant contributions to society, and whose accomplishments, affiliations, and careers have honored the legacy of equity and excellence at San Diego Mesa College.

“We are proud of the tens of thousands of students who have attended Mesa College, and of the contributions they have made to the city, the people of San Diego and beyond,” said Dr. Pamela T. Luster, President of Mesa College. “I encourage the community to respond, and help us to select our 2017 Distinguished Alumni Award recipient.”

In 2016, Mesa honored nationally recognized arts educator Rory Pullens. Since 2014, Pullens has served as Executive Director of Arts Education for the Los Angeles Unified School District, the nation’s second largest district, where he focused on increasing access and equity to the arts for students. A native of San Diego, Pullens graduated from Crawford High School and studied Journalism at Mesa College. Pullens went on to attain degrees in Film/Media, Theatre, and English, and a Masters in Educational Administration and Speech Communications from Loma Linda University.

The 2017 award recipient will be announced in March and conferred at the college commencement ceremony scheduled for May 20, 2017. Anyone in the greater community is encouraged to submit a nomination. Nominations are due no later than Friday, Feb.17, 2017. For an application or more information see www.sdmesa.edu/alumni or call 619-388-2759.